Hello to all you Golden Retriever lovers.

We wanted to keep you fully informed about the Canadian Food Inspection Agency (CFIA) ban on international dog rescue that went into effect on September 28th.

The reason the ban was implemented is because two dogs came to Canada from Iran in 2021 and even though they had both been vaccinated for rabies, they carried the canine variant of rabies and subsequently infected about 50 people. As a result, the Public Health Agency of Canada asked the CFIA to implement a ban on dog rescue from over 100 countries where the risk of rabies was deemed to be highest. On that list of 100 countries were Egypt and Turkey, the two countries we are working with most closely to bring Goldens here to Canada.

Without consulting any canine rescue organizations, the CFIA announced the ban on June 28th. We obviously do not want to risk infecting any person or dog here in Canada with rabies as a result of our actions; however, a blanket ban without taking into consideration the strict health protocols that some rescue groups such as ourselves follow is draconian, unnecessary, and frankly confounding. As soon as we heard about the ban, we started lobbying the government and the CFIA to allow an amendment so that responsible rescue organizations such as ourselves could continue our work while simultaneously eliminating the risk of importing rabies.

Among the actions we took were to initiate a letter writing campaign to members of parliament. We reached out to media and received a favourable response resulting in several high-profile stories in mainstream media. We also wrote letters to the CFIA and the Chief Veterinary Officer of Canada asking for meetings to begin a conversation about how to amend the ban. We were also very active on social media promoting all of the reasons we needed to continue to do international rescue. We have rescued almost 2,000 Goldens from international destinations, primarily from Istanbul and Cairo without one case of rabies because we have strict health protocols.

Many of you have compassionately opened your hearts and your homes to these Goldens and you know how very special they are. Our social media campaign must have been effective because on September 28th, the day the ban was launched, the CFIA blocked us from their site.

We were invited to meet with a senior policy advisor to the federal health minister on September 3rd. The meeting was respectful but we did not feel we made any progress. Soon thereafter, we were invited to attend a meeting with the Chief Veterinary Officer of Canada, Dr. Mary Jane Ireland, and some of her colleagues. We felt that meeting was productive and it was a good start. They listened respectfully and asked good questions and we came away with much more information than we had prior to the meeting.

They have four major concerns.

First, how would we ensure that the vaccines that are used are:

Third, the minimal amount of time between the administration of a titre test and the time a dog would be allowed to come to Canada would be at least three months and some countries require six months.

Four, in the absence of that waiting period, there would have to be a quarantine period arranged here in Canada for a dog. The quarantine facility would have to be approved by the CFIA, staffed by people who were trained and would wear PPE all the time, and the dogs would not be allowed to come into contact with any other dogs or humans.

We understood from that meeting that the priority for the CFIA right now is to establish protocols for personal dogs and assistance dogs so that they can continue to come to Canada. After that is accomplished, they will begin to work on the long-term regulatory protocols that would satisfy the four issues mentioned above.

Dr. Scott Bainbridge, who is one of our board members, has reached out to the CFIA offering to consult with them. He has had a favourable response; however, it is unlikely that anything positive will happen anytime soon. Therefore, in the interim, we will continue to work hard on the campaign to keep the pressure on the CFIA and to keep awareness high in the public realm about the issue and about the impact of the ban on the dogs that are waiting to come to Canada. As most of you know, these dogs are living in deplorable conditions and many will die needlessly. Time is of the essence!

Those of us who have been lucky enough to meet the Goldens coming off the flights from Istanbul and Cairo here in Canada have witnessed how quickly the power of love and compassion can have an impact. That is why we do what we do. We are committed to continue the fight to achieve an amendment to the ban so that we can continue to save Goldens. 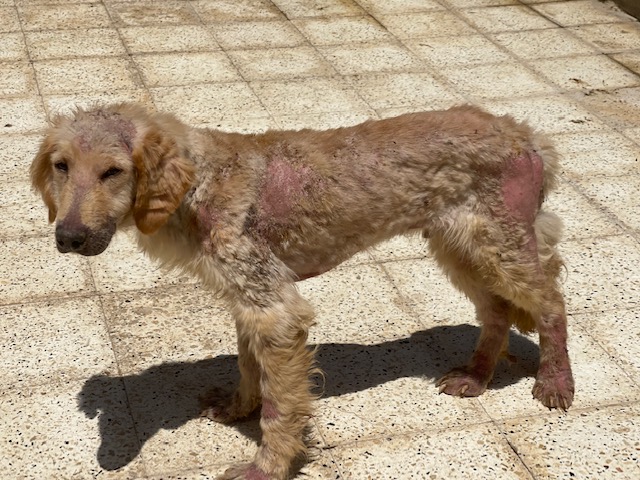 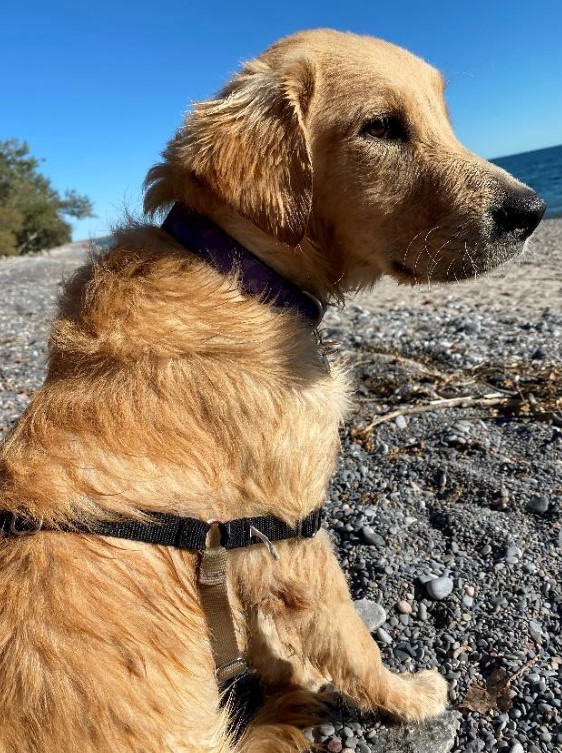 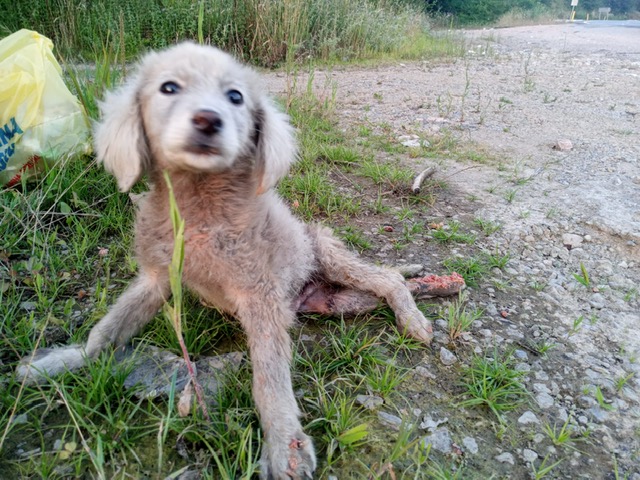 #3808 Bubba when found in Istanbul with a mangled leg 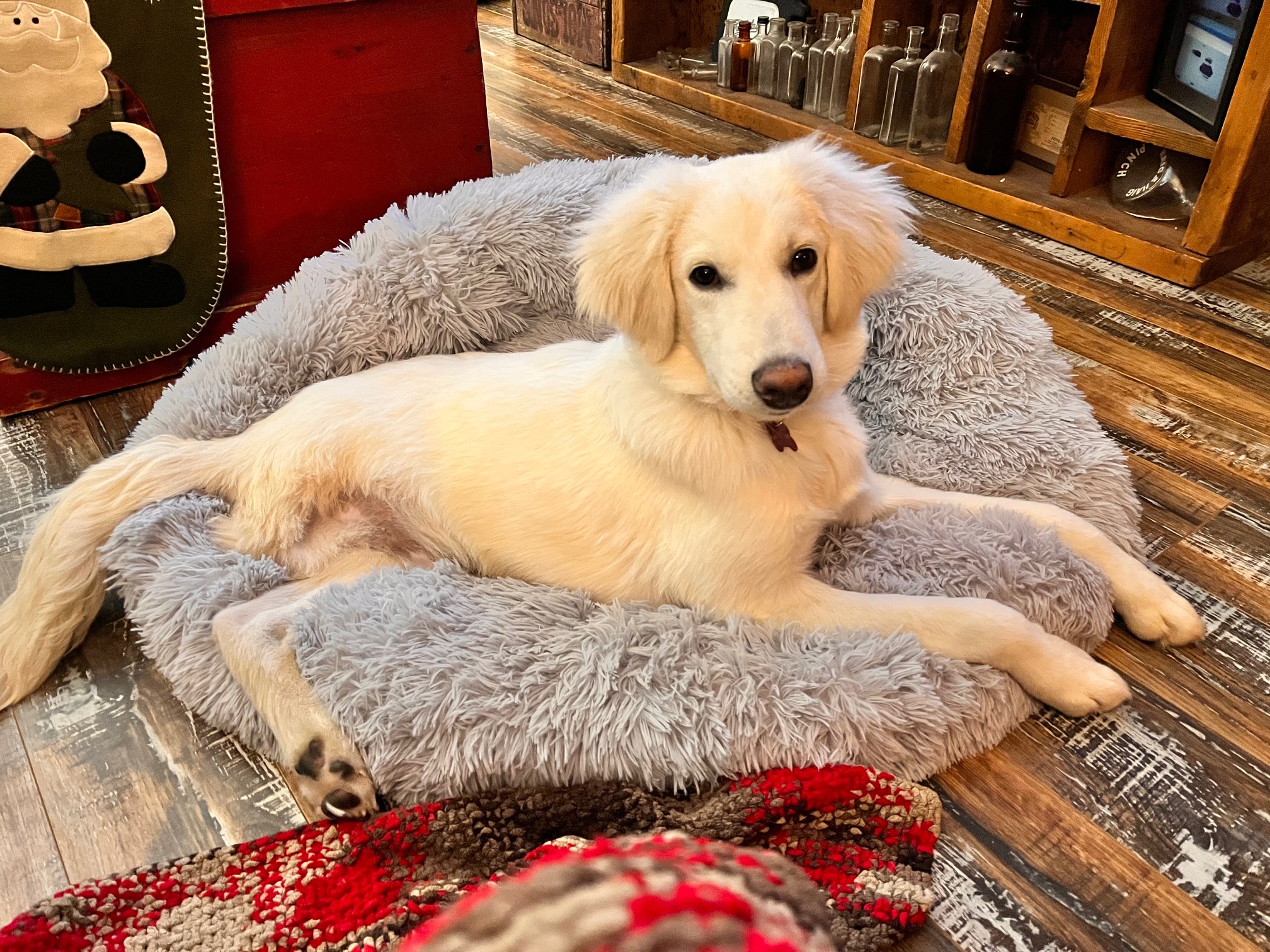