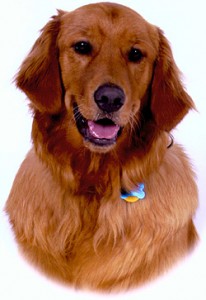 Phoenix #410 was only five and a half months old when he was given up because of a marriage break- up. He was adopted by a wonderful family in Barrie in September of 2003 and he now has a little Golden sister to play with.