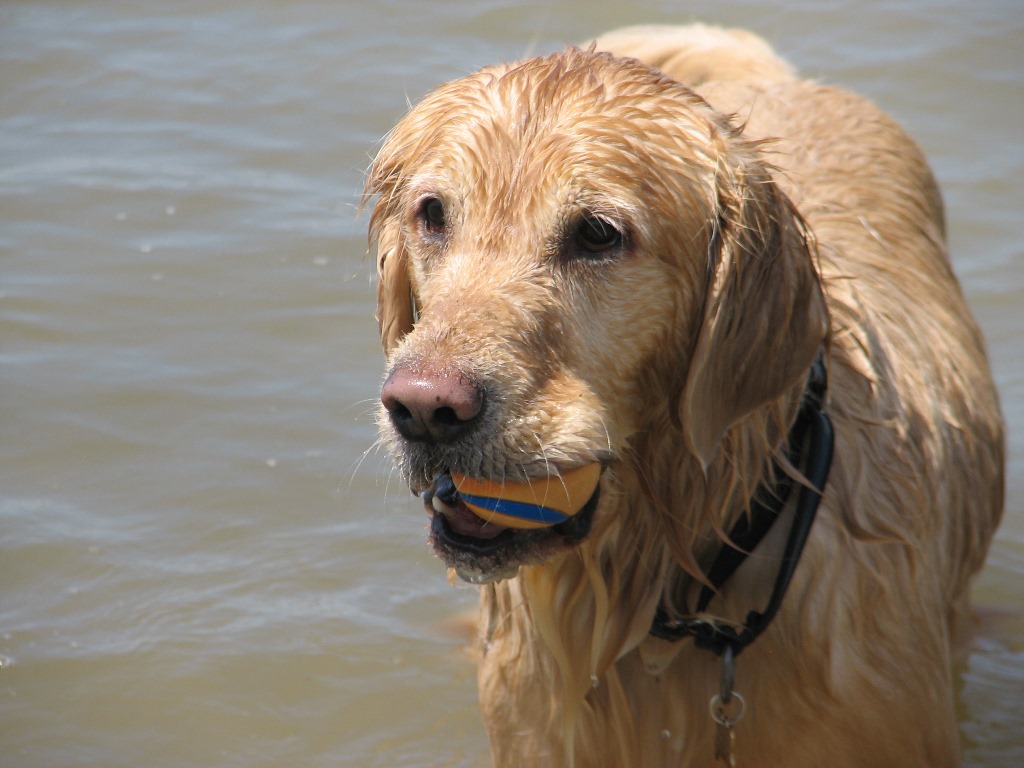 Jesse James came to us as a 10 week-old puppy in foster.  He was a high energy puppy, his fur stained in urine and loaded with internal parasites; roundworm and hookworm.  His previous owner bought him on impulse and basically they weren’t prepared for the work involved in training him.  He came into our life a month after we lost our senior rescue Sir Quinton #571 and having a puppy again sure did bring light back into our home.  Our other two Goldens at the time, Echo and Kelti #503 accepted him immediately and they soon became the three musketeers.  Jesse was a challenge as a puppy as he was extremely high energy and displayed signs of OCD very early but keeping him well exercised and mentally stimulated was the key!

Jesse is now 10 years old and has been an absolutely joy to share our lives with! He has always been the one to greet new fosters or any new dog coming into our home with lots of noise but he has also always been the one that gets them all playing first with a little hip check and a spin.  He is a gentle, loving soul with a serious side at times.  Jesse always seems to know when someone needs a little extra Golden love and will place himself ever so gently by your side and lay his head across you in a manner that says everything will be alright. He has a bottomless pit for a stomach and an internal clock that doesn’t let you get away with even an extra 10 mins of sleep in the mornings.  He is our little bear with the big Golden heart!  We have always said that after we lose a Golden, that dog sends us another dog that needs us, Sir Quinton sent us Jesse James and we are so glad he did!