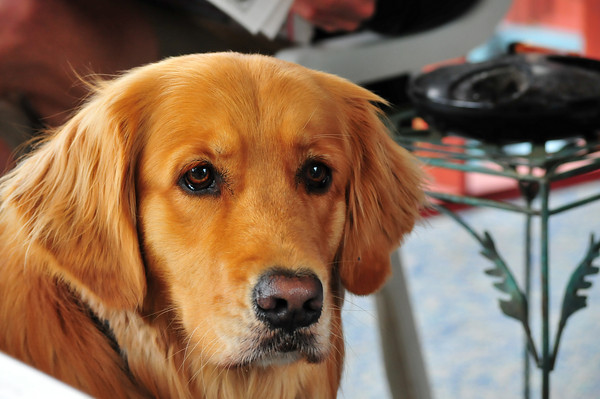 Following the passing of our first Golden Retriever Chelsey at the age of 15 (always remembered with much affection), we began talking about finding another Golden Retriever and the topic of a rescue filled our plans for finding that Golden that was waiting for a forever home. A contact with the Golden Rescue soon resulted in a visit to make sure that we qualified and apparently we did. We had a few requests with our application such as we wanted a female (we had a male Cairn terrier at the time who was and still is the major domo).  We also preferred a Golden that was approximately one year old. We were advised that these requests might delay the availability of a Golden; however, it was approximately one year later that we had a call to say that a very beautiful one-year-old girl was available. We adopted Kayla and as she had a few issues from her previous life, we enrolled her (and us) in a training program.

Kayla is now five years old and has been an amazing addition to our home. We live on a tributary of Lake Ontario and what more could a Golden want…water, water everywhere! Over the winter she looks down at the frozen water and I’m sure, like us, she’s waiting for the big thaw so she can do her ball chasing in the water and her daily 5 km walk with our neighbours and their rescued Golden, Hoover. A HUGE thank you for giving Kayla a new forever home and giving us a beautiful Golden Retriever.