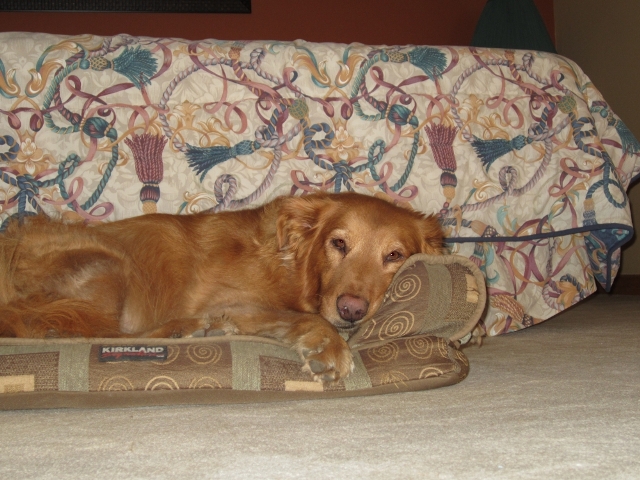 We adopted Sheba in June 2008. She’s excellent, smart, healthy and obedient (most of the time). She sometimes expresses her own opinion especially in terms of the direction we should take for her walk. She even takes control of her own leash and really walks herself, causing passers-by to have a good chuckle. She is 10 1/2 years old and she demands to be cuddled. She also plays catch with herself with something as simple as a pine cone. She’ll just toss it in the air, tries to catch it, and then drops it onto the ground so she can roll over it.