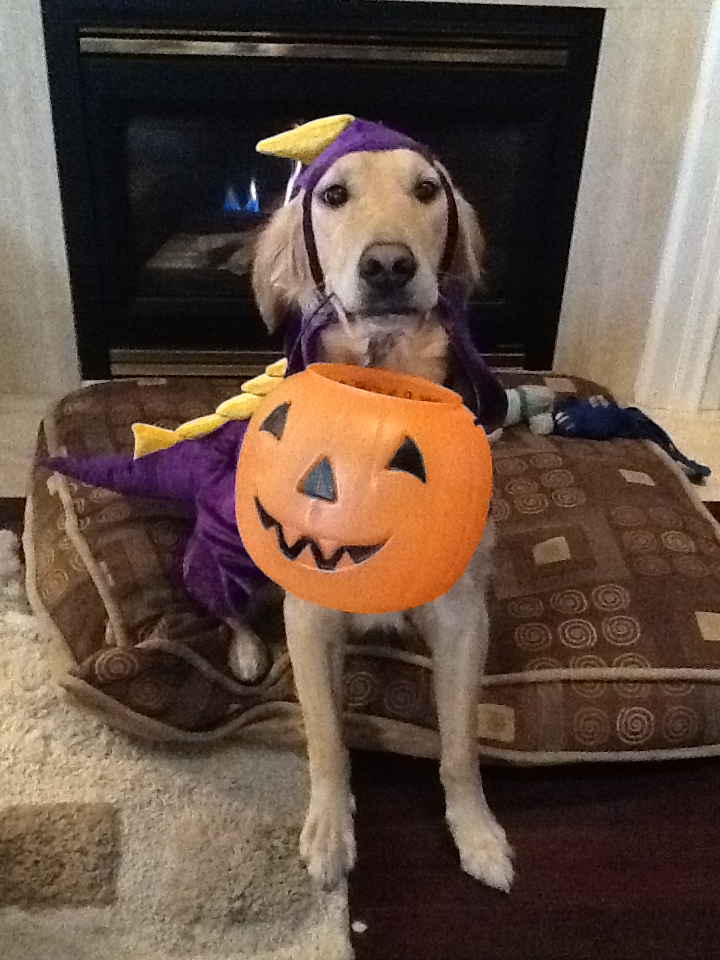 On January 31, 2010 we adopted Harley #1319. He was being fostered in Burlington at the time and although we were told by his foster parents he was a ‘counter surfer and had ‘some issues’, we had no idea of the extent of the trouble we were in for. Harley proved to suffer from a strong case of separation anxiety and for the first year he was with us, he caused a wake of destruction whenever he was alone without a human companion. We obviously persevered with him and although he still counter surfs given the opportunity, his destructive ways seem to be mostly a thing of the past (with the exception of the odd kleenex box or plastic bag). We love him dearly and as you will see from the attached photo, he has adapted very well to our home and is very happy.