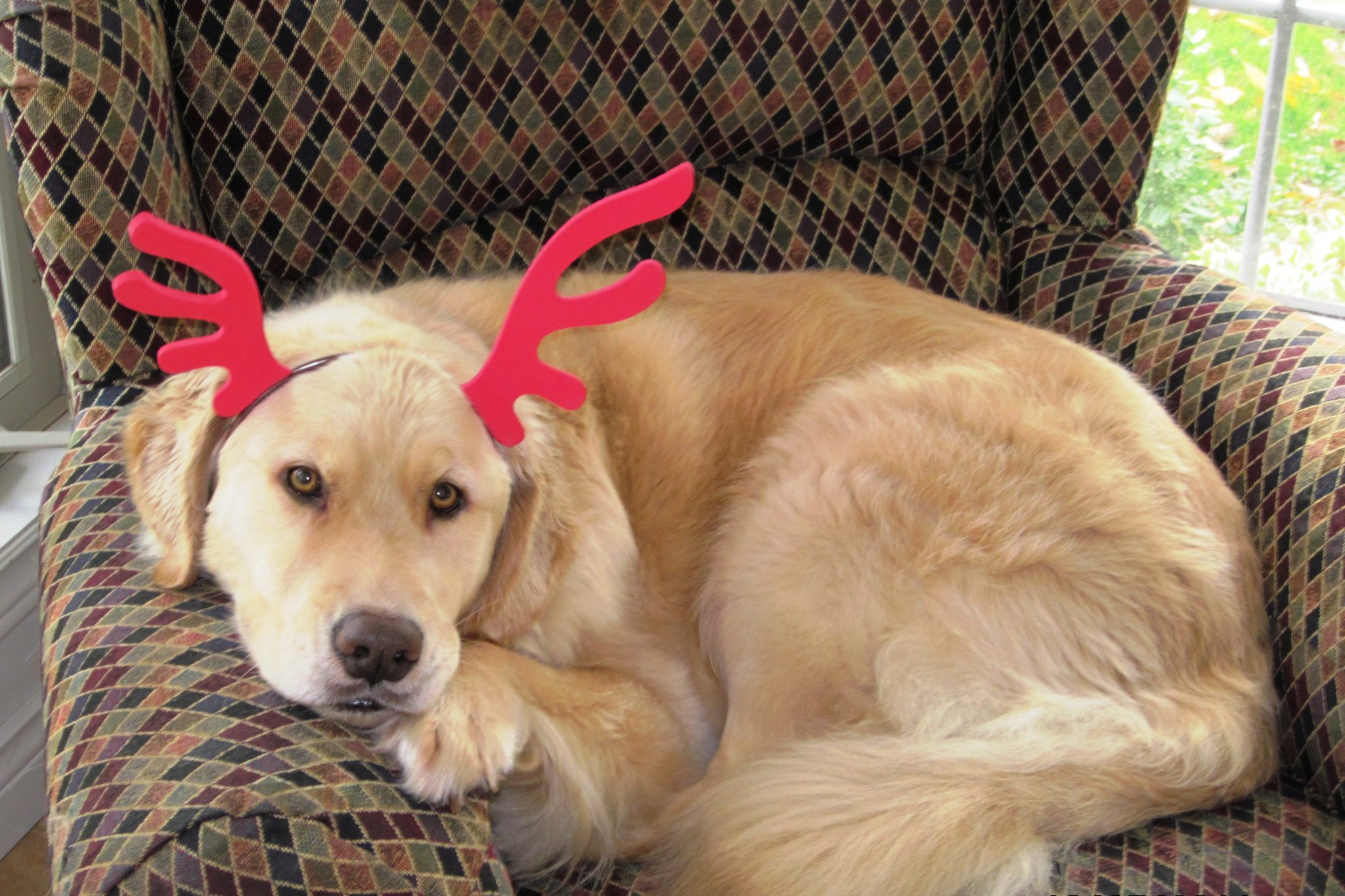 We adopted Woody in 2011 after which he quickly became a St. John’s Ambulance Therapy dog. He regularly visits retirement homes, hospitals, and community homes. In 2015 he became a Child Certified Dog where he helps children read and gain self-confidence. This amazing boy adores everyone ~ whether here in Canada or at his winter home in Florida. Just as much as people and other creatures, Woody loves all his stuffies ~ in fact, he wakes up with two or three of them in his mouth every morning. Woody has helped mentor 21 foster brothers and sisters and is happiest with his own harem ~ Autumn #1765, Sophie#1837, and Bailey #2627.