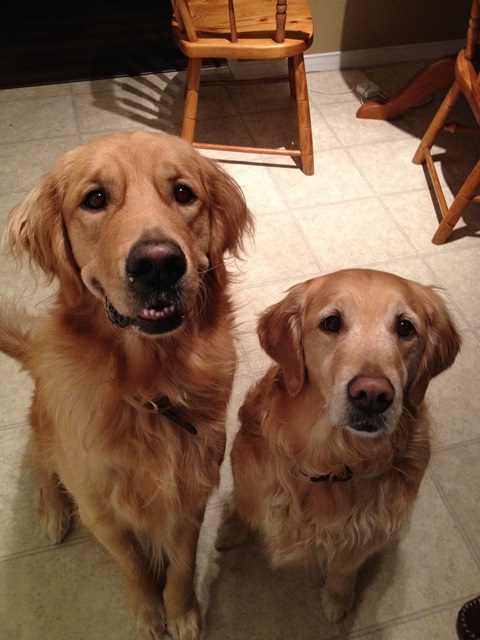 I can’t tell you how lucky we consider ourselves to have Stanley (formerly known as Richie) and Autumn. We adopted Autumn in 2009 when she was 3 years old and we adopted Stanley in 2011 when he was 6 months old. Autumn did not have the easiest start in life. We were fortunate to have our senior Golden Calvin when we adopted Autumn and she learned a lot about being a good dog from him. Autumn was then able to teach Stanley when he came along. Now they really are the best dogs. They are inseparable and the best of friends. Stanley really thinks that the sun rises and sets on Autumn. Autumn and Stanley go everywhere with us and we really couldn’t imagine our lives without them. We can’t thank Golden Rescue enough.