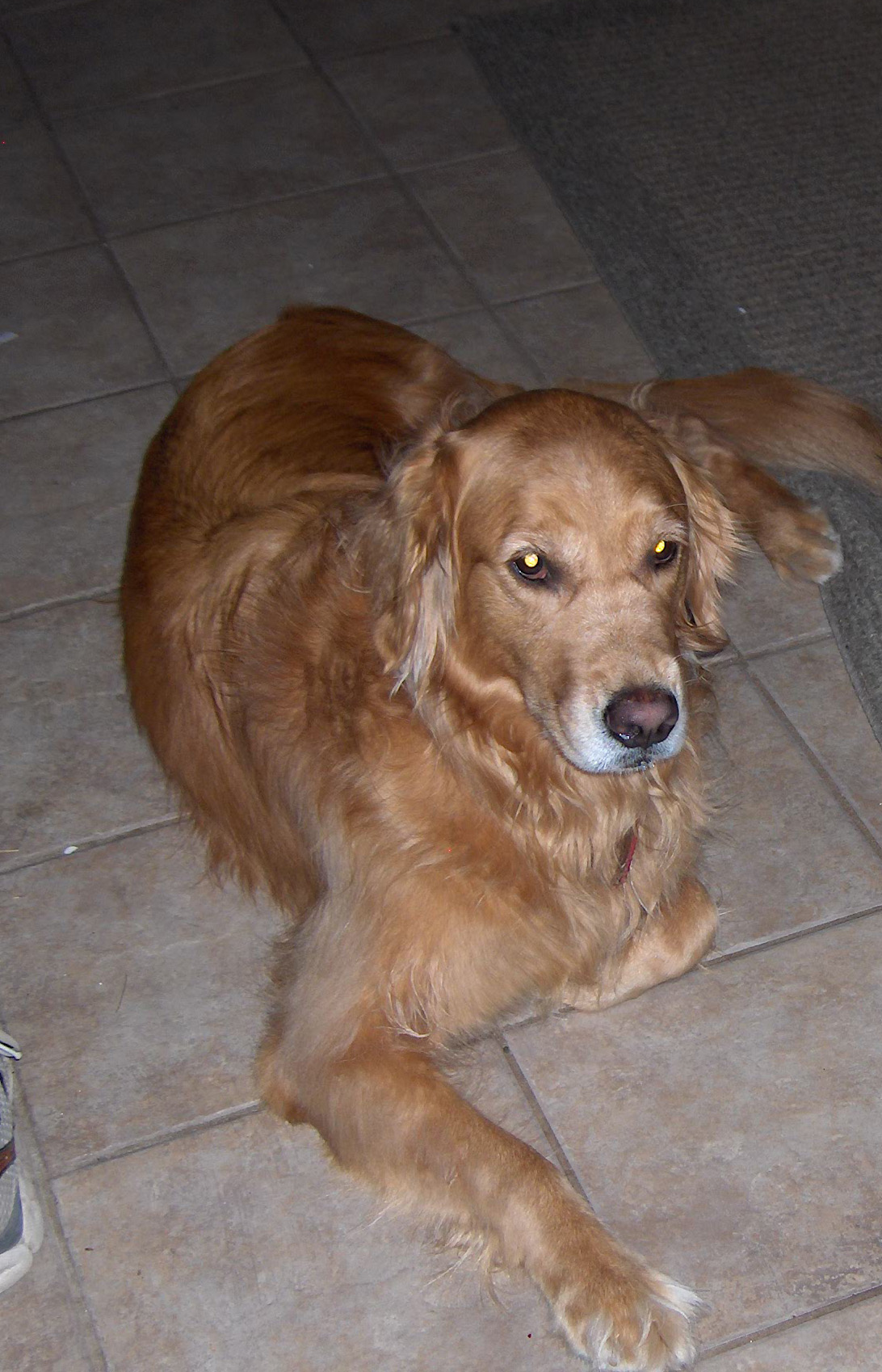 After losing our 8 year old rescued Golden Retriever, Newman, to cancer in March 2012, we were devastated. Our rescued cat Zoe was beside
herself. We took Zoe to the vet and she was diagnosed as mourning the loss of Newman once other causes were ruled out. Zoe was put on tranquilizers for a month, which settled her down, but she clearly wasn’t her old self. It was obvious that Zoe still missed her playmate. We waited about six months to make sure we were making the right decision and started looking at dogs with Golden Rescue and finally selected 5.5-year-old female Bailey. She was very friendly meeting us at the foster home and a few days later endured the three hour drive to her new home with absolutely no problems. We arranged to have Bailey and Zoe meet under carefully controlled conditions and they immediately bonded. It has now progressed to the point that Zoe will sleep cuddled with Bailey while grooming Bailey’s face. The only issue we had to deal with was separation anxiety. Bailey would not let us out of her sight for the first few weeks, but with the help of our vet, a thundershirt and the temporary use of a drug, we were able to overcome the problem over time by gradually increasing the duration of our absences. Bailey can now be left alone without problems. Bailey and Zoe made the car trip to Florida with us to our Florida home this winter and enjoyed laying in the sun in the lanai watching the birds landing in the water. Bailey loves to walk and absolutely adores car rides. We take her in our convertible and she likes to smell all the different scents especially when we pass a restaurant!