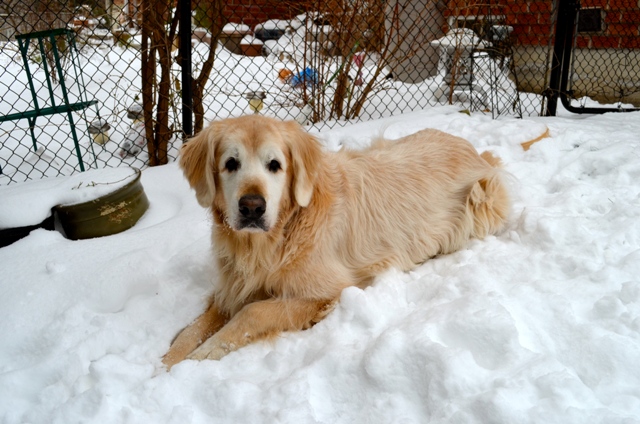 Cooper found his forever family in northwest Ontario. Like sweet Jolie, Cooper had a long and winding road to get to his forever home and consequently just loves the car. In his new home, Cooper fell in love with his sister Casha, a nine-year-old Cocker Spaniel,probably because Casha taught him how to bark for treats from both the neighbour and the mailman. Cooper thought this was very cool.Cooper loves riding to the local conservation area, where he could roll in the grass for hours or go swimming or sometimes just lie down in the water.Cooper charms everyone he meets and on his walks, he is famous. His energy and love of life is so strong that no one can believe he’s 10 years young. Of course, in his head, he’s still a pup and he doesn’t know what 10 means! We are so grateful to the entire Golden Rescue team for bringing him into our lives.