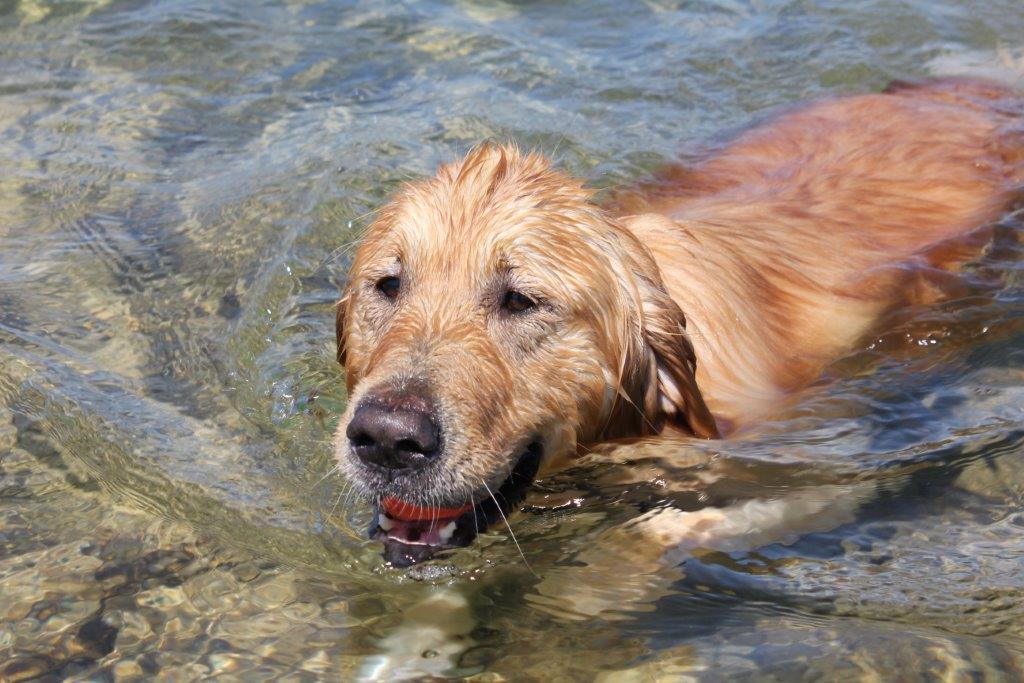 It took us a full year to decide whether to get another Goldie, because it is a huge commitment. You are either all in or all out when you bring a dog home. We had three Goldies and lost two three months apart, leaving our third Golden, Dallas, very lonely. Once we looked at the Golden Rescue website and decided to take on another companion, we filled out an application. We have had several abused dogs over the years and we think that helped in the decision to take a chance with Tyson. Once meeting him at his foster home with our dog Dallas, it was a no-brainer for us. Once we brought him home, all he wanted to do was run and chase squirrels and rabbits in the backyard. We took a chance with leaving him loose in the house when we went to work and we’re convinced that Dallas’ calming influence really helped Tyson settle in. The change in him is really astounding ~ you can see his confidence and sense of security…knowing he is ‘home’. All the time is play time and just the look on his face and his body language from a simple hug and a pat make it all worth it. Some of his demons flare up now and again but are getting fewer and farther between. Many thanks go to the Golden Rescue network.