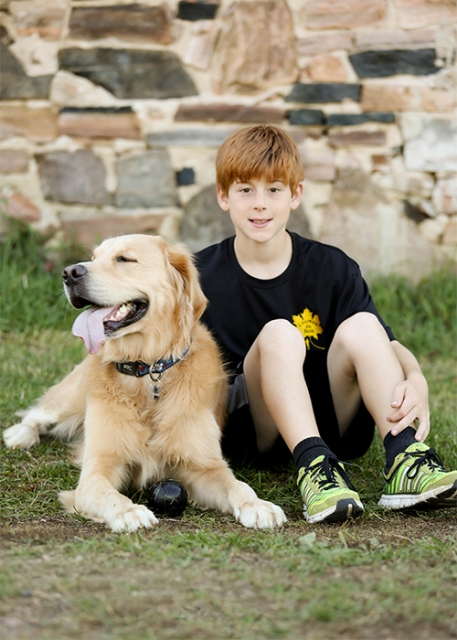 When we lost our seven-year-old Bernese, we couldn’t bear the thought of replacing him. My husband and I, our two boys, and our other Bernese missed him terribly and in about five months we decided we were ready to add another family member. This time we knew we wanted a Golden and we knew we wanted a rescue.Enter Titan! When we met Titan at his foster home, it was love at first sight. We expected an adjustment period but Titan’s foster mom had done such a good job that Titan settled with us almost immediately. It was as if he had been with us forever. He loves wrestling with his sisterMolly and Molly loves cleaning Titan’s ears ~ it’s so heartwarming to watch. Titan is so well behaved, charming, loyal, and a complete gentleman. He has an amazing Darth Vader grumble when he wants something. He can lie, chin on my lap, and give up the sound. It is SO cute.His only fault is that he slobbers terribly after he has a drink so I have taught him to come to me right after to get his mouth dried with a kleenex ~ such a smart boy! Our whole family has dubbed Titan “the best dog we’ve ever had”.