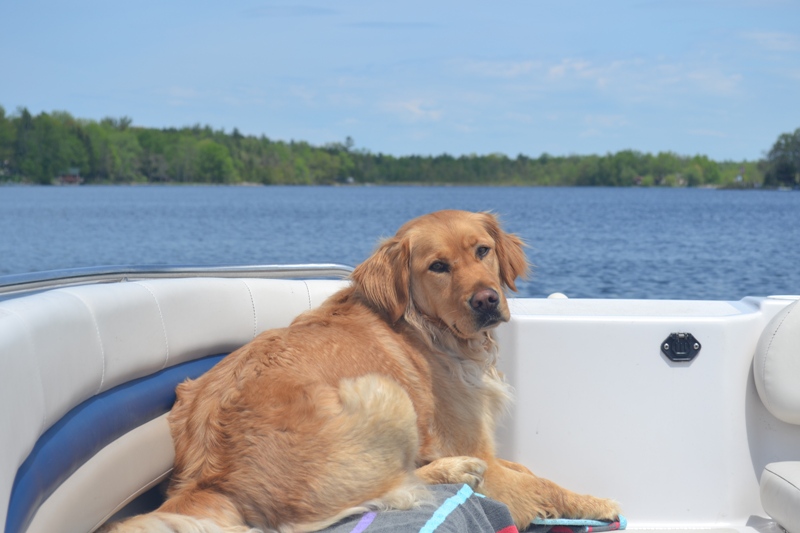 Sadie came to our forever family almost by accident. We had lost our beloved Ripper, a 17-year-old Huskie-cross and were heartbroken. Sometime later, we looked after a friend’s Golden and during this time we became Golden lovers. It was not long before we found Golden Rescue and put in an adoption application. When we were asked to consider Sadie, we almost said ‘no’ because the description on the webpost did not seem right for us. We went to see Sadie anyway and it was love at first sight. The webpost picture certainly didn’t do darling Sadie justice and when we actually saw her, we were smitten. Unfortunately we couldn’t take Sadie right away as we had booked a cruise. Seconds after we returned from the cruise, we picked Sadie up and it has been a mutual love affair ever since. Sadie loves swimming at the cottage and playing ball and she adores her car rides. Sadie is the best thing that has happened to us in a long time.