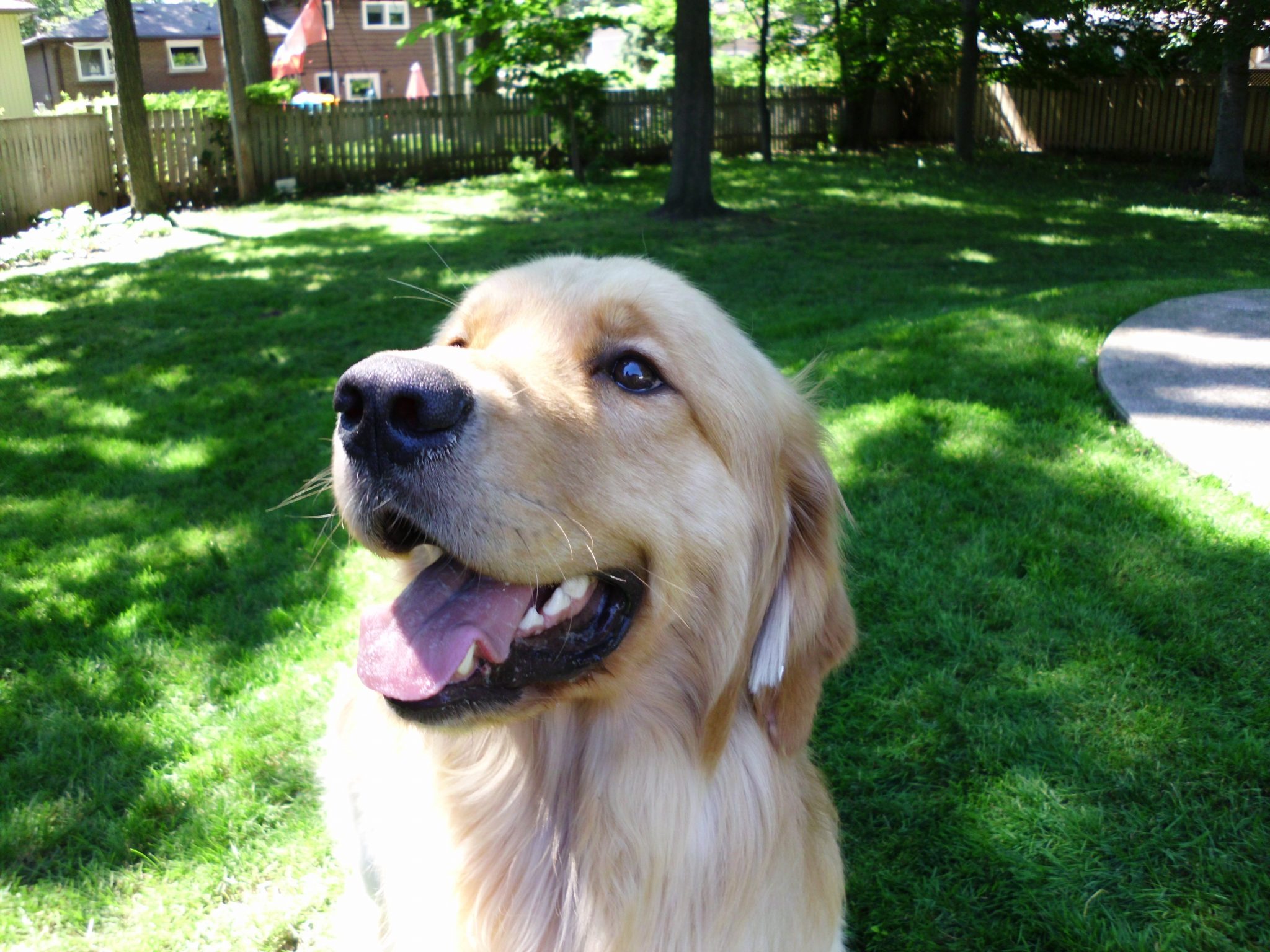 About a month ago our family was called to host an incoming foster golden. Great! We were told he was a young male who has led a fairly sheltered life, not socialized or used to walking on a leash, timid and nervous, and has a skin condition. His name is Bentley.

Well, this shy boy arrived at our doorstep (after a very long car ride) looking nervous and unkempt, but despite his appearance on the outside all he was looking for was affection. And, like any golden owner would do, we immediately showered him with pets, belly rubs, smooshy face cuddles and welcomed him into our home.

In a very short time Bentley told us this is where HE wanted to stay. Bentley has come out of his shyness and has explored every inch of our backyard, said hello to the neighbors (of which he has handily convinced treats should be given anytime they see each other), found every ball whether it be new or old and, to cool off from the hot summer sun, casually takes a dip in the pool. He’s had a trip to the cottage to make new friends (Dana and Griffin the Goldendoodles) and had a friend sleep over (Kya, another Goldendoodle). He knows and welcomes pets from many of the neighborhood kids and most recently said a friendly hello to Dutch, an eight week old Newfoundland pup. And, most importantly, with his newfound confidence he has shown this family how he’ll be a great foster sibling when more come to the house on their journey to a new home.