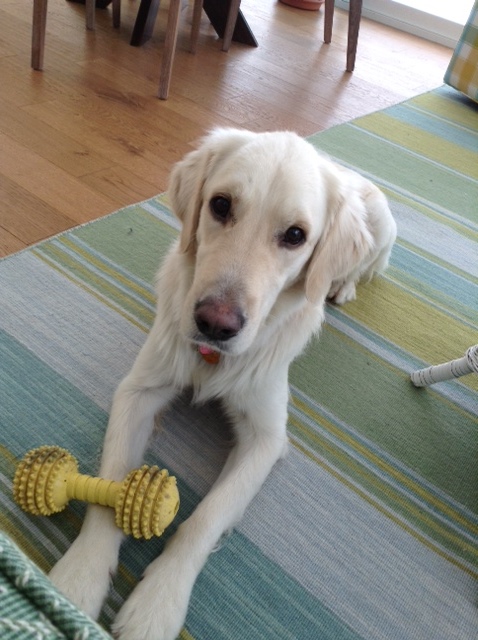 Bailey came to GR as Woody but for some reason that name didn’t seem to suit him. So Bailey he now is and he seems very comfortable with us in his new home with his new name. He came into the program in a pretty sorry state ~ malnourished, dirty, and matted. These days, the vet has given him 100% on his health test and is pleased with his weight, coat thickness, and muscle mass. The vet also thinks Bailey is still basically a pup, probably only a year old. For a youngster, he has learned very quickly and he’s a good boy. He is uncomfortable with other dogs unless he is in a wide-open space. If he is in the house or any place where there is not a lot of room, he reacts poorly to other dogs. Who knows what happened to him when he was younger? He is going to a trainer soon and we believe this problem will resolve itself with controlled socialization. Other than that, Bailey is a superstar and an absolute joy.