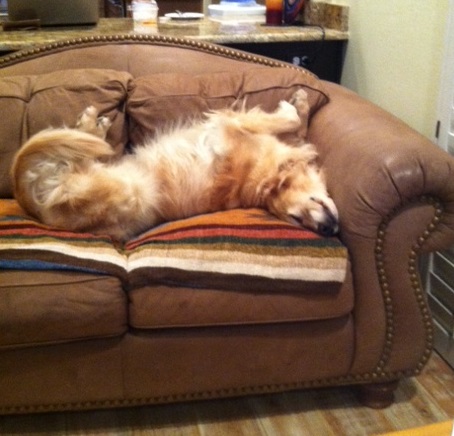 Coach, once he settled into his new home, became the energizer bunny…this amazing boy has energy to spare. As long as he gets his daily exercise allotment Coach is the best dog in the world. If he is cheated from his exercise routine, he doesn’t think twice about jumping up on the bed at two in the morning with a shirt in his mouth as if to say, ”Hey, get up and get dressed ~ time to go out.”

Yes, Coach has mastered ‘cute’ to the nth degree and has taken Golden cuteness to a whole new level. He is even getting good on the leash, even when he sees a squirrel. Coach has stolen our hearts and we feel so blessed to have found him.