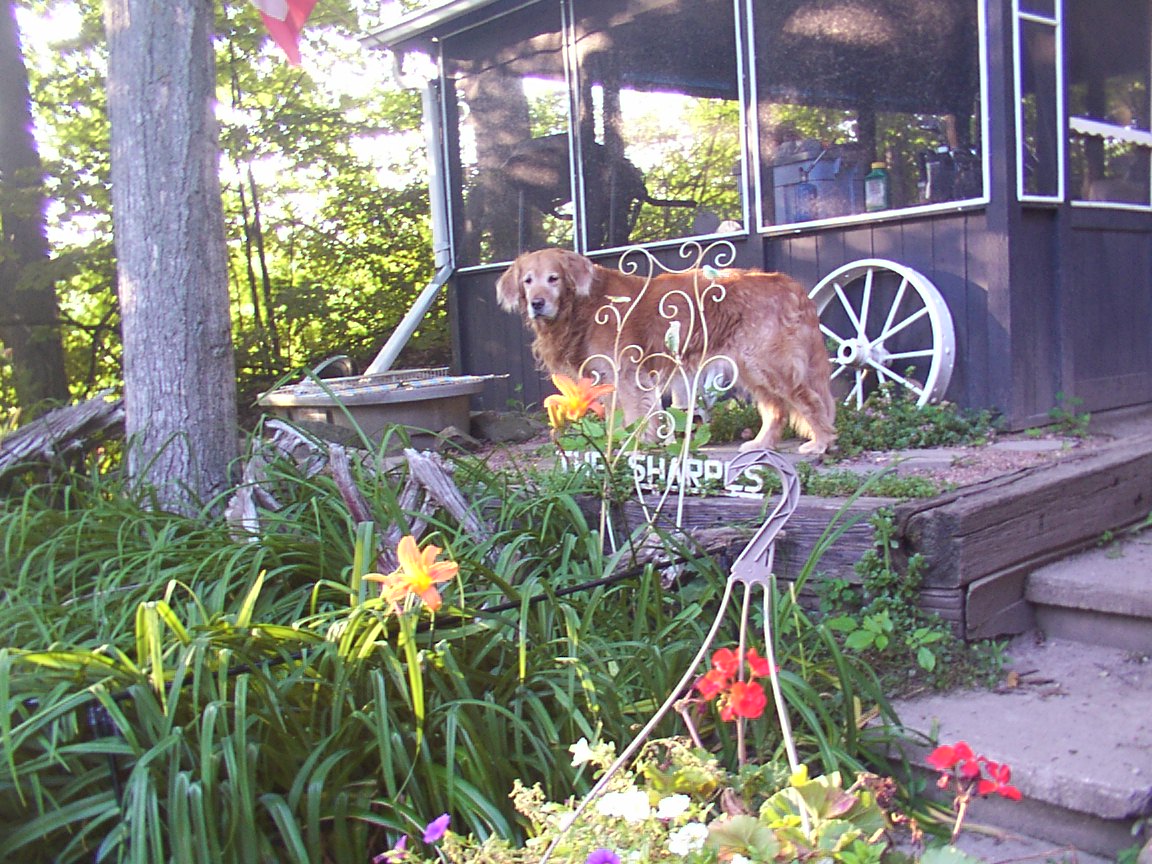 I fell in love with this boy the first time I saw him and knew that I wanted to adopt him. He is such a sweetheart. He has the same name as my other Golden (Max) but he has 2 x’s in his name so now we have Max1 and Maxx2. He has become really close to my other rescue Bud, who is a Bernese/Border Collie mix. They stay pretty close to each other inside and outside. Maxx made himself right at home from the minute he got here. He had a pretty rough go after his surgery due to bleeding. He was put on Vitamin K and he healed up just fine after that and he stopped bleeding within a couple of days. He has been given a clean bill of health. Not sure he knows what ‘move’ or ‘lie down’ mean as he does neither unless he feels like it but I can live with that. Maxx is never alone.