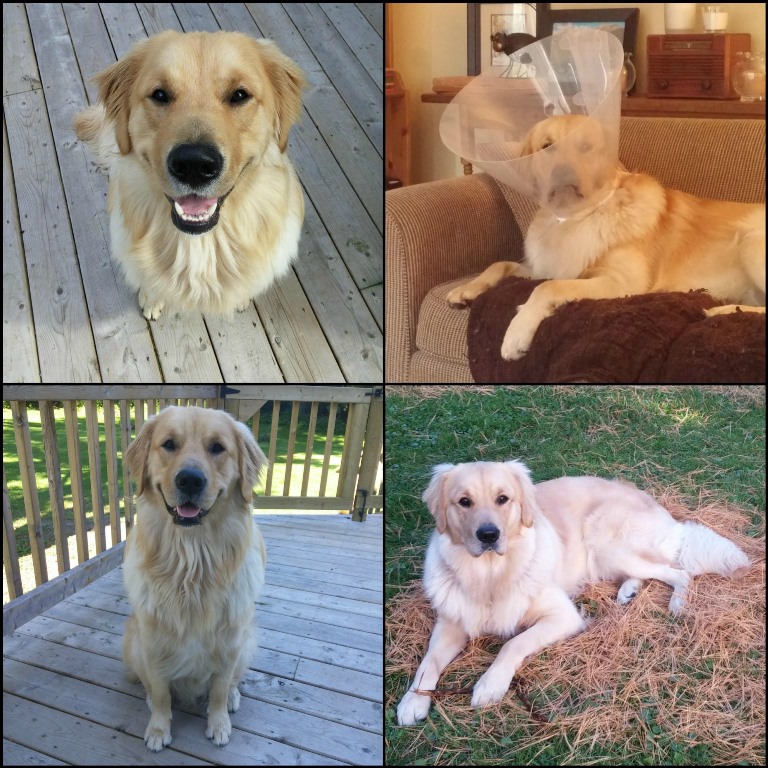 Henry is a young, handsome boy, growing like a weed and learning what being a grown up is all about. He’s not sure he’s ready to grow up yet but he is starting to understand what girl dogs are all about so maybe he’ll have no choice. Henry also thinks he might have some Oriental blood somewhere in his lineage because he is often found trying to dig his way to China. He recently went on an amazing trip to Calgary with his new forever family and along the way ate a bee which had almost disastrous results for poor Henry. However after a rough night in the hospital, he got better and hopefully learned a big, albeit painful, life lesson. It’s kind of funny because he is afraid of the harmless ant. He was neutered recently and as we know, a picture paints a thousand words. The photo of him with the dreaded cone tells us exactly how he feels about being neutered. He is a real character and he brings me joy every single day. I am so glad you paired us up together!