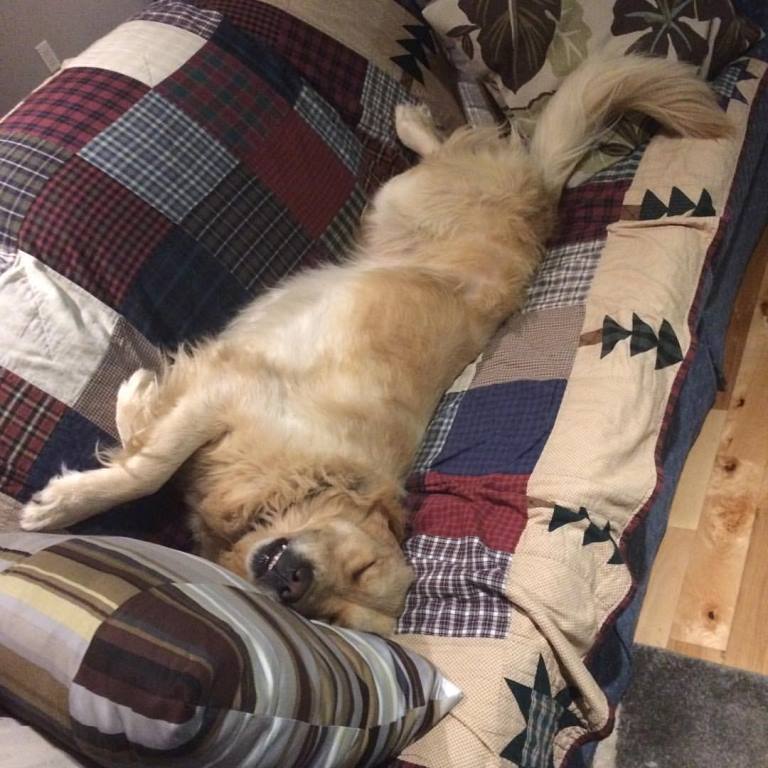 Zeus settled in almost immediately to Canadian life after arriving from Istanbul. He was pretty thin and had a number of battle scars but they healed quickly and he’s gaining weight nicely. He has not only fallen in love with us…he also adores his new older sister, Abby, and the two of them are inseparable. They go to the cottage every weekend and run and play together. Zeus is even learning to swim. He used to worry when we left him alone but now he knows we always come back so he doesn’t fret anymore. Zeus attended obedience classes and was a superstar. There was a feeling that he tricked us all ~ his teacher thinks he learned a thing or two in Istanbul before he lived on the street. He is a very happy boy who even wags his tail in his sleep. He always has lots of energy and we think he’s part bouncy-ball. We couldn’t be happier that Zeus joined our family. 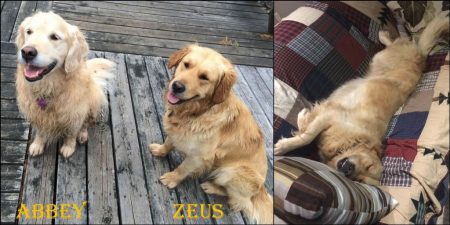 My name is Zeus. I flew over from Turkey and joined my new family about six months ago now. Right away I learned that I had an older sister named Abbey, a Golden Retriever like me, who’s seven years old. I looooooove playing with Abbey and they say I have really helped liven her up. Abbey and I spend our weekends at a cottage where we can run and play all day long – there’s even a lake and I’m learning to swim!

I am a very happy boy (I even wag my tail in my sleep!) who always has lots of energy. My humans say I’m part bouncy-ball. I have learned the routines of my new family and I make sure they stick to them. I love going for walks and know we go every night after dinner. As soon as the dishes are cleared, I make sure to remind them with my little dog noises.

I’ve also learned that my humans always return to me when they go away. The first few times they left I cried and barked but I never do that anymore, they always come back! I’ve learned what toys are as well. I didn’t know how to play with them at first but now I love catching balls, chewing on ropes and carrying toys in my mouth (I always try to take them outside with me).

When I arrived, I had a few scratches and cuts on me and I was a little thin, but that’s all history now, I’ve healed up and everyone tells me what a handsome Golden I am. They love how good I am with other humans (especially the little ones who want to crawl on me) and other dogs of all sizes. I took some obedience courses and I was the star! (Don’t tell anyone but I may have known some of these tricks before I came to Canada).

Anyway, that’s my story of my new home in Canada, thanks Golden Rescue!