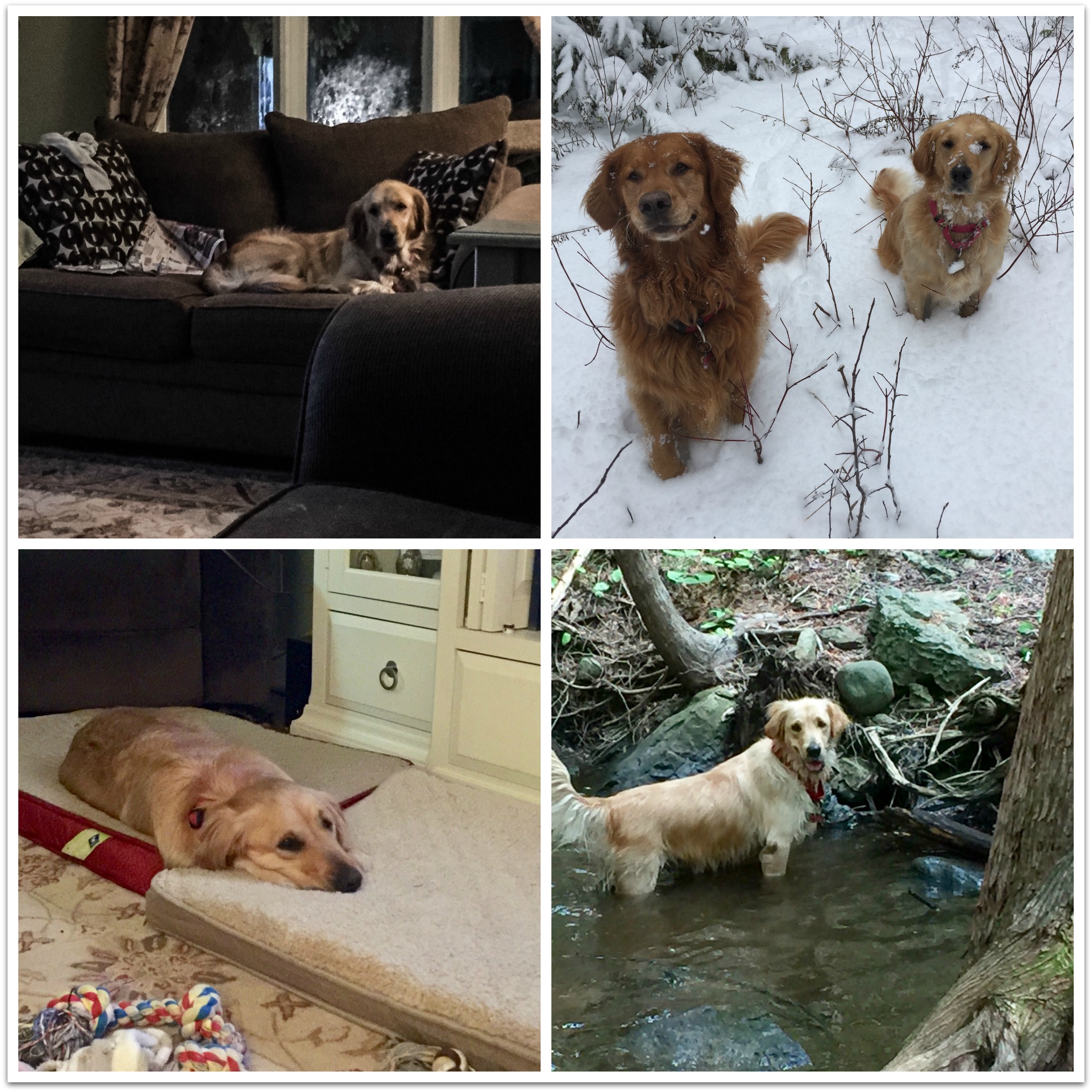 Breena instantly became one of the family and she is a very good girl, most of the time 🙂 We discovered that Breena has severe environmental and food allergies but we think we have found the right combination of food and medications for her. She is so much happier now that she isn’t so itchy! She quickly learned which of our three cats she could play chase with, only one allows that game, she loves her big brother Bentley and is now playing with our rabbit as well.

Breena loves the dog park where we walk off leash. Squirrels can be a distraction as she has appointed herself the official squirrel chaser but she knows if we get lost we will find her waiting by the parked truck.

This past summer Breena discovered swimming and nothing but being forced indoors will keep her out of the water. She even learned to climb the dock ladder! Much more fun than walking out on the beach.

She loved her first Christmas in Canada and received many gifts, which she promptly destroyed, along with brother Bentley. She was a very good girl and left all the tree decorations alone, but if her tail accidentally knocked one off… well it was fair game! She wasn’t so sure of the Santa hat we put on her for our annual Christmas card! Breena refused to put her head up as she thought it was quite humiliating.

And the couch! Breena feels the couch is the place to be so as soon as we leave the room, up she goes. And she felt it was her duty to teach her brother he should be sleeping up there too. Never mind that they have a large assortment of comfy and expensive beds to choose from on the floors!

We are thrilled and thankful to have Breena in our family.

Thank you Golden Rescue for our beautiful girl!

The Next Chapter….Breena came to us with extreme allergies; however, after some experimentation with food and environmental issues, we got her allergies under control.  She is so much better now that she is not so itchy.  Breena loves playing with her three cat cousins, her rabbit cousin and her big brother Bentley.  Her favourite pastime, however, is being the official squirrel chaser at the dog park.  Last year, Breena learned to swim and even figured out how to get up the dock swim ladder ~now we can’t keep her out of the water.  We are so thrilled and thankful to have Breena in our family.  Thank you for our beautiful girl.