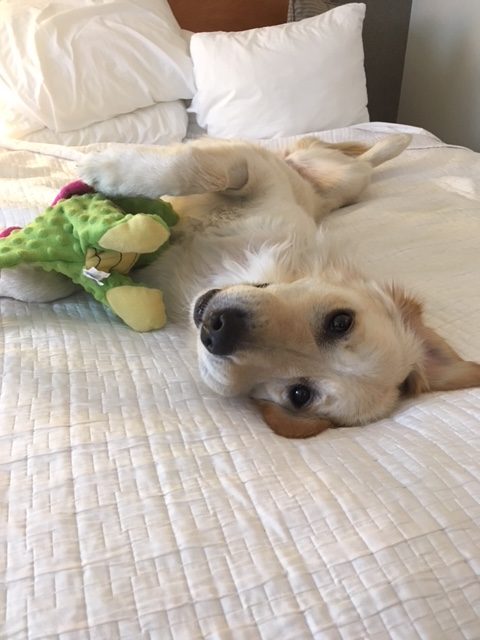 When Poppy arrived from Istanbul, she was in pretty rough shape. She was really thin, the vet had to remove nine teeth that were badly broken, and her left paw was badly scarred. You would never have known how affected she was from her life on the Istanbul streets because as soon as she came out of her crate, you could see the affection and gratitude in her eyes ~ it was utterly amazing. Initially, on walks she was afraid of everything new to her ~ people in toques, wagons, sleds, black jeeps. But soon she settled and this girl is simply a delight. She wakes up every morning to give licks with her tail  wagging. Her morning cuddles are out-of-this-world. Poppy was a superstar at obedience training and she is now working on becoming a therapy dog. Poppy volunteered at her first GR event recently and was treated like a celebrity, which of course she is.