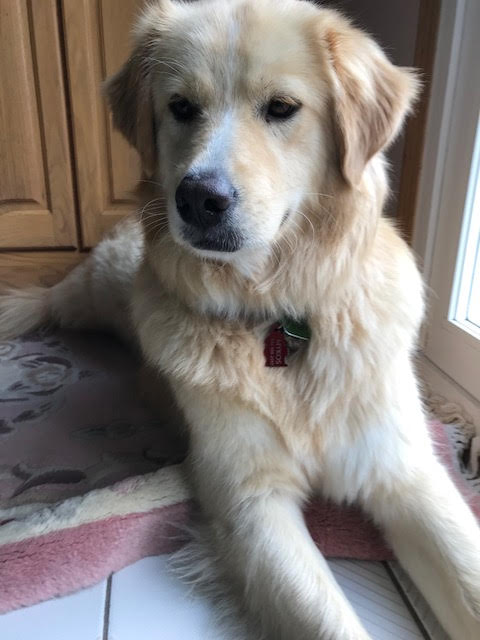 Mykos came from the streets of Istanbul.  We swear that his constant smile is to show his gratitude for being saved.  When he puts his paw on our arm, you can just tell he’s saying thank you, thank you, thank you.  We, on the other hand, think it’s a miracle this beautiful boy found us.  He is so smart that he learned his English commands quickly.  His genuine affection and good behaviour makes him seem like an angel from heaven.  New to snow, he got used to it in a second and loves it.  He loves the great Canadian outdoors and he loves his walks.  In fact, when he’s ready to go, he brings a boot to his dad as if to say “Let’s go…it’s time to rock and roll”.  The name Mykos means love, beauty and freedom…a name he suits to a tee.