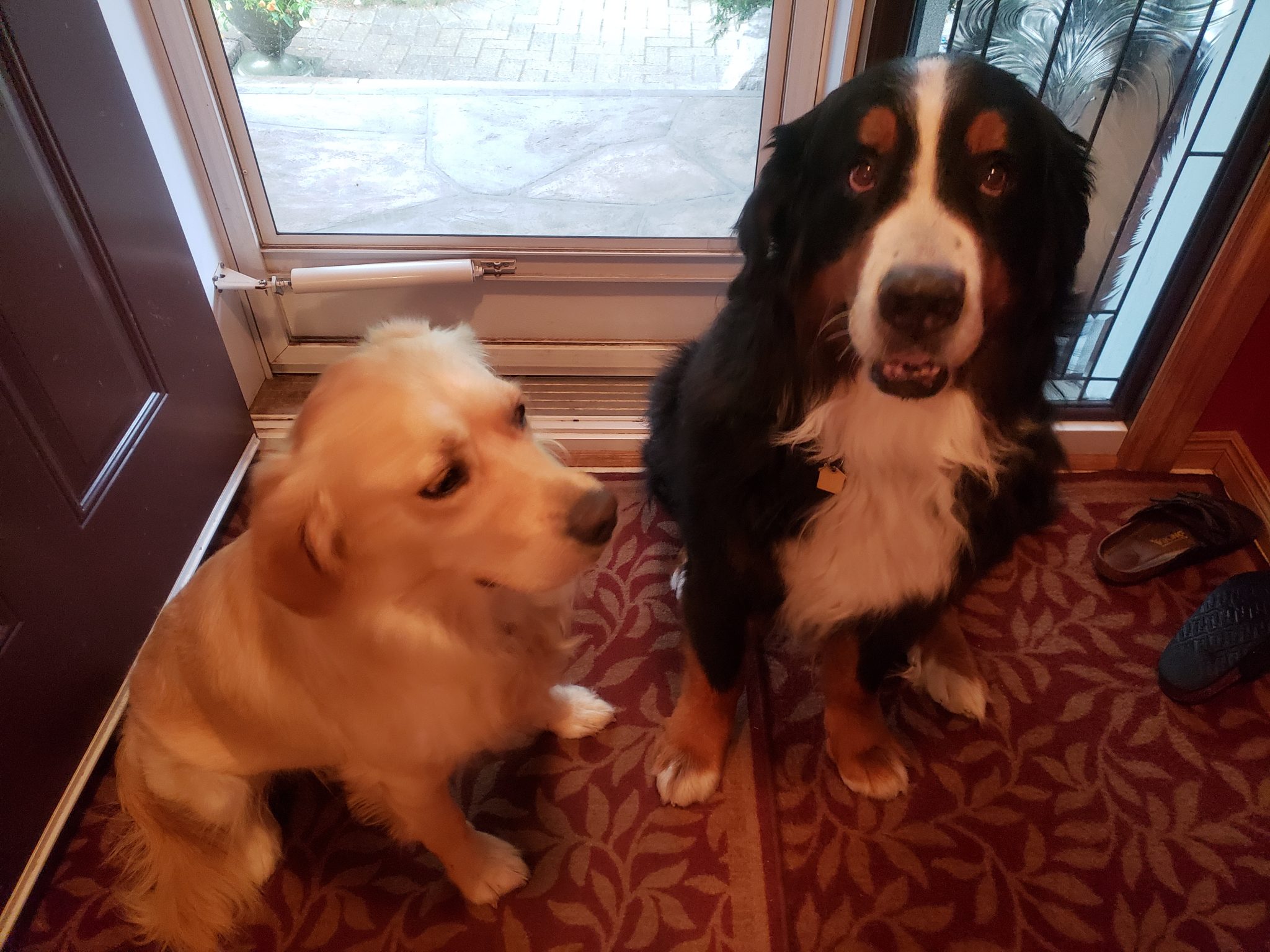 Canada has been a whole new world for Whiskey, which he has enjoyed exploring and has given him some challenges.  He is exceptionally smart ~ loving to learn new things each day.  Whiskey enjoys hanging out on the front porch watching the activity of the world.  He is used to the birds and the squirrels, well, most of the time, because at first, he chased anything that moved.  He likes when his adopted mom or dad hug him and he loves and sleeps with his new brother, Cosmo.  Whiskey wants you to know how thankful he is that we brought him off the streets of Istanbul.  He has gained some weight, in a healthy way.  He enjoys laying down to eat and drink, which is very funny to watch.  He likes when people throw his huge ball in the backyard.  He chases it a few times and then just lies down as if to say ‘enough, I need to relax’ as though he is making up for the times he could not relax.  He has claimed a lounger in the backyard that is now known as Whiskey’s place.  Whiskey is happier with Cosmo and Cosmo with him.  They have a few uncertain moments, but quickly work it out.  It is clear that Whiskey demands equality in the pack (not dominance) which has been a learning curve for Cosmo ~ both are now doing well with this.  He is really challenged by buses and very large vehicles like dump trucks ~ we are thinking we may have an expert come to find ways for him to have calm and ease with them.  We as a family want to thank you for the gift of this amazing little boy who has and is teaching us so much.