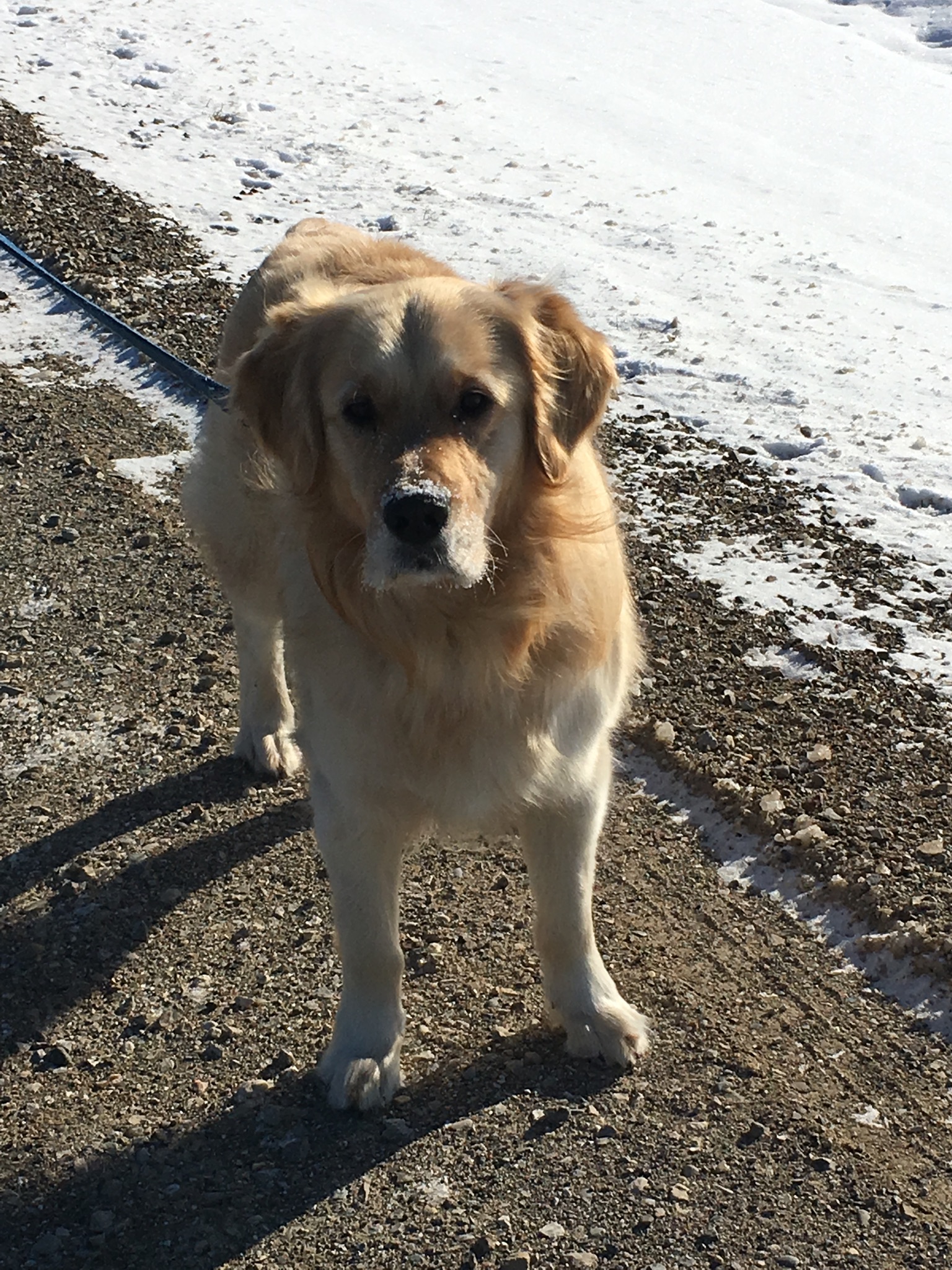 Sarisin (Sari for short) means ‘Blondie’ in Turkish. His arrival name ‘Clyde’ didn’t suit him but he has taken to his new name beautifully. Sari arrived underweight with a wound on his ear and ear infections. It didn’t take long to clear all that up and now Sari is doing beautifully. This boy loves meeting people and he got 100% on his training/behavioural course. He loves the car but prefers to ride shotgun (but is not allowed). We live in a semi-rural area and Sari loves his walks in the countryside; however, oddly there is one particular road that he is afraid of ~ must be something in his past that spooked him but on all other roads he is great. When he first went to doggie day care he was a bit too bossy with other dogs but that has totally changed and he has learned to play nice. Sari recently became Natural Paws Pantry’s ambassador and greeter ~ a London-based natural pet food and grooming store. Sari has also found his ‘voice’. When he sees us preparing his food, he emits a happy howl and then jumps like a kangaroo all the way to where we put his dish. Not only do we love him, he is obviously also very amusing.