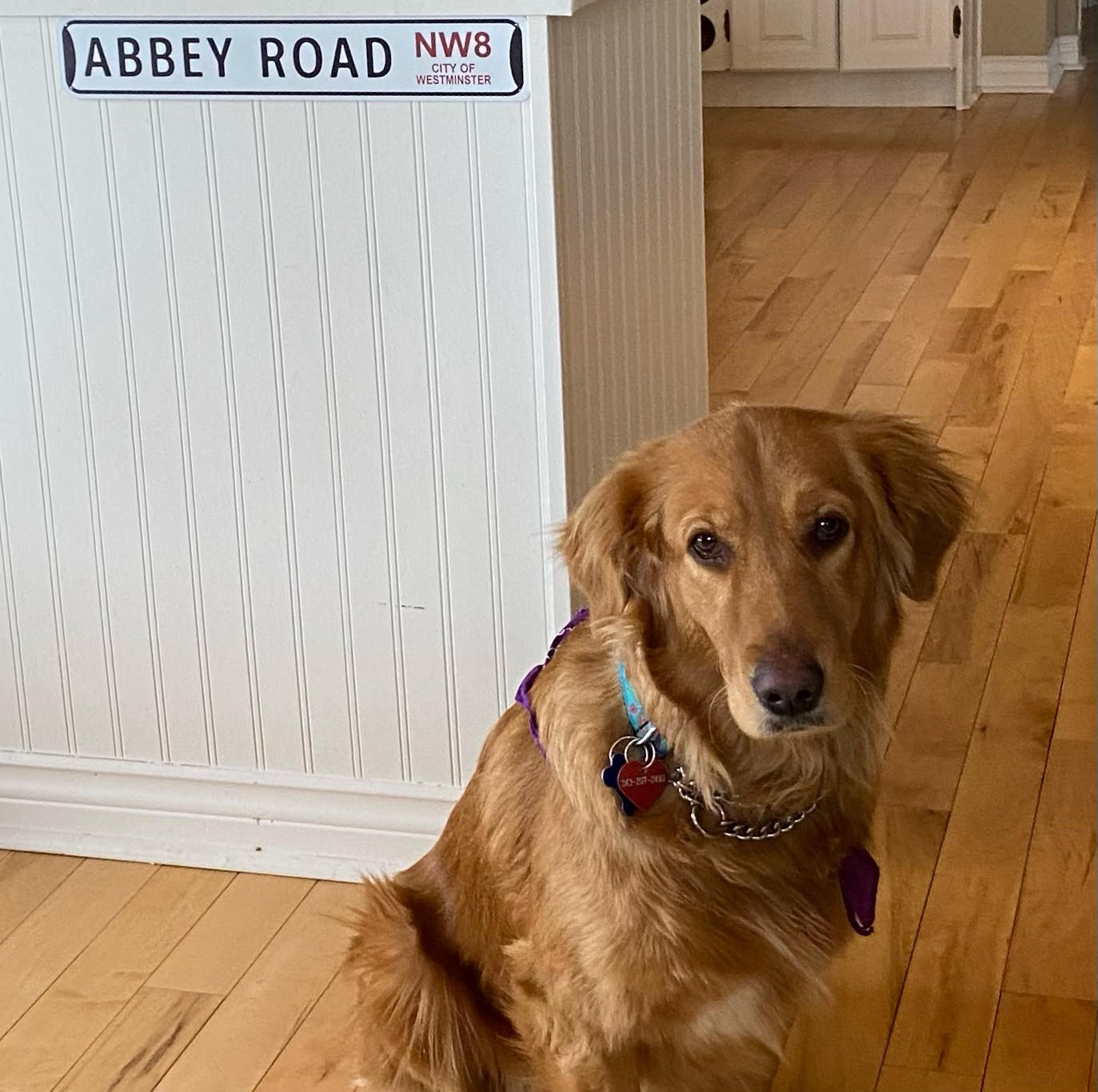 After a lifetime of loving Black Labs, we decided we wanted a change but still loving the Lab/Retriever temperament, we adopted an 11-year-old retired service Golden named Cyber. Was he ever a smart boy! He knew over 100 commands and he could pick up a dime off the floor. He could take things out of the dryer and get his own leash and bring it to you. He would bring me my shoes when he was ready to go out and I took him everywhere with me.  It’s hard to explain just how much love he had to give. Those who have known the love of a dog will understand the loyal, unwavering dedication I’m talking about and their uncanny ability to know when you need some extra love and just how to give it. We were heartbroken when the day came for him to leave us. The gaping hole he left in our lives was bottomless. Over a year later, after moving back to Ontario from British Columbia, we decided to apply to adopt from Golden Rescue. I wanted to find a Golden who needed us as much as we needed her. Allow me to introduce you to Abbey. She’s a small, three-year-old all the way from Cairo. Her name was Abby, but Aldo is a Beatles lover, and wanted the spelling to be ‘Abbey’.  He dug out his Abbey Road sign from our UK trip for above her bed. She was quite sickly when she arrived, in the middle of a blizzard, no less. Poor thing must have had real culture shock and had been in her crate for over 24 hours. But from the moment she came into my arms, she has been very affectionate and seems so glad to be here. Incredibly sweet and gentle, Abbey has brought true joy to our home. She loves her belly rubs and her walks in the snow, even though she barked her face off at a cluster of snowmen ~ some things in Canada will just take a little longer to understand. She also barked at the Christmas tree. As Abbey regains her health with ear and eye medications, she is becoming spunkier and more alert. We tried hiding her pills in a cracker with peanut butter, but when I looked in her dish, there was not a speck of the peanut butter and cracker…just two orange pills, so now, they get rolled in a ham bundle. Recently, she even counter-surfed to nab some almond cookies. My absolute favourite moment so far was when Abbey caught me hugging Aldo in the kitchen and she jumped up to get in on the lovefest ~ melted my heart! I’ve been enjoying showering her with love and she is just eating it up! Literally, Abbey LOVES the chicken soup I make her, kind of like Gran’s stew, history is repeating, as it often does. Gran and I both rescued dogs and felt their love, unlike any other. We both came to know the answer to the question, “Who rescued whom?”