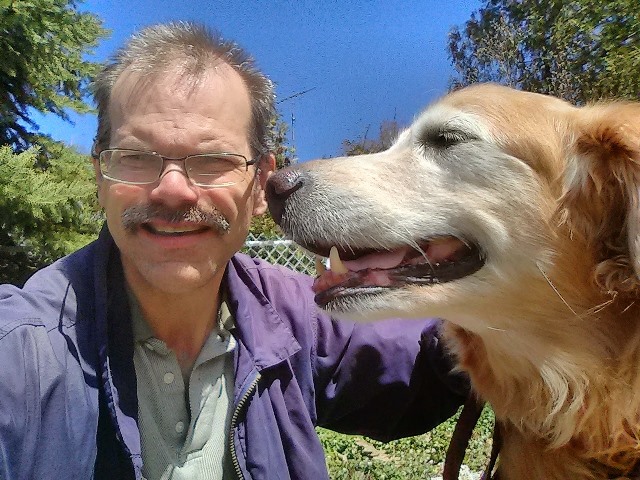 Andrew was introduced to Golden Rescue almost by accident. He walked his brother’s Golden from time to time and was struck by what a beautiful and friendly breed Goldens were. He had never had his own Golden but was starting to think that he might like to adopt. After hearing about GR’s fostering program, he thought this might be a good way of getting involved, helping Goldens who needed a second chance, and having Goldens in his life. So eight fosters later, Andrew is hooked.

This wonderful volunteer was very impressed with the support and help he got from the GR team, particularly at the beginning when he didn’t have much fostering experience, especially when his first foster proved difficult. He’s an old pro now (but not so much of the old). Andrew gives generously of his time to GR, participates in the Purina Walk for Dog Guides, runs a drop-in clinic for adults, and volunteers at the local food bank and with the Good Food Box program. Andrew loves being outdoors, walking or cycling, and he’s taking Tai Chi classes.

Andrew is busy and kind-hearted and Golden Rescue is SO lucky he took his brother’s Golden for a walk and found us. He truly came to our rescue…thank you Andrew!