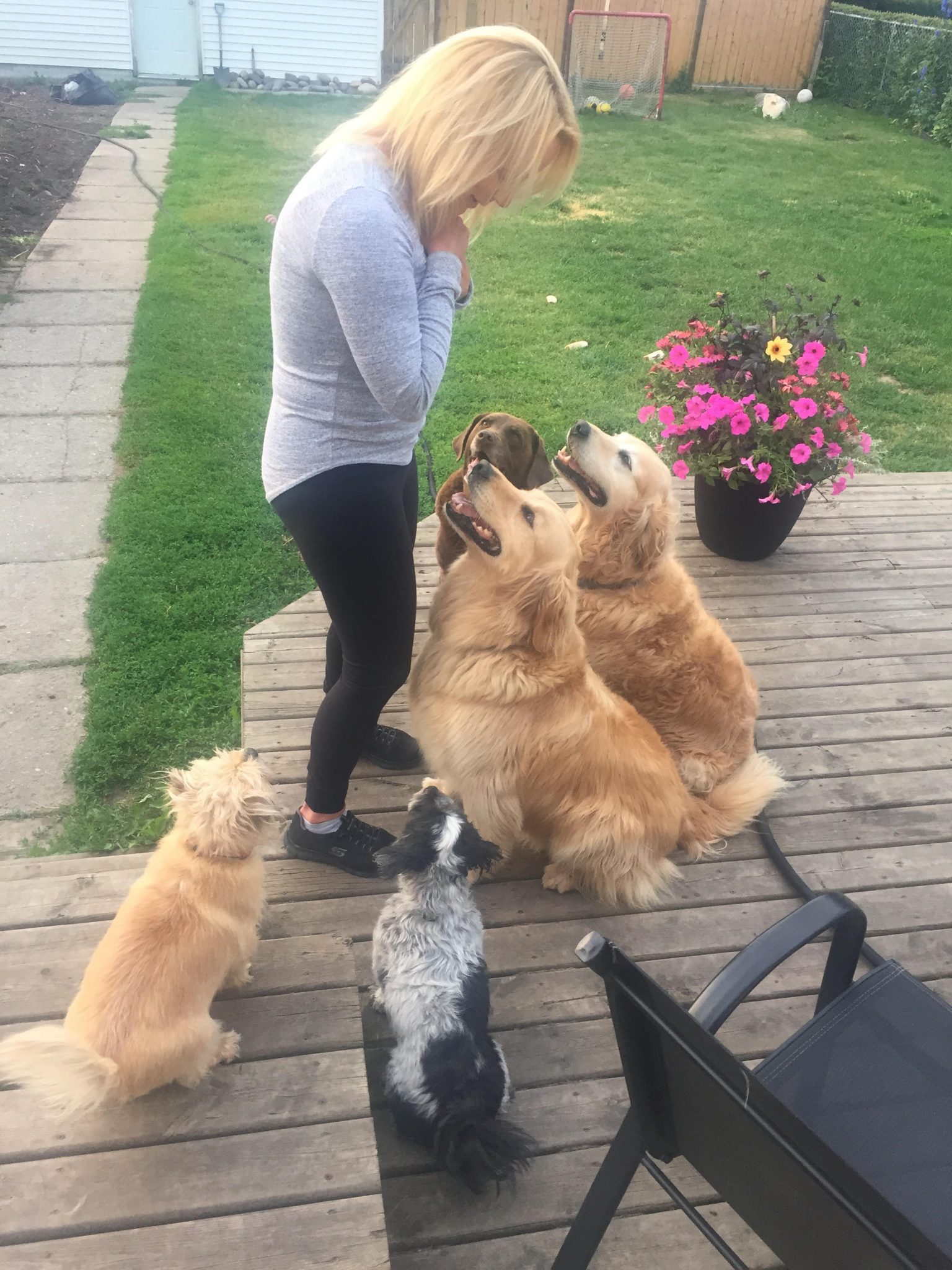 Bev is a volunteer from afar ~ all the way from Edmonton. She is proof positive that geography is no barrier for volunteering. Bev first encountered GR at a Winsor LCBO Tag Day where she struck up a conversation with a GR volunteer so she decided to help. Her first experience with rescue was her own rescued Levi, who was a very difficult case as he was aggressive towards other dogs. Bev was able to train him and they had a wonderful life together. When Levi crossed the Rainbow Bridge some years later, Bev was inconsolable and thought she would never get another dog. Eventually, Harley, a lovely Golden came into her life. Harley’s capacity for love truly inspired Bev and once she discovered GR, she threw herself into volunteering wherever she could.

When Bev moved west, she chose not to give up her volunteering. From Edmonton, she is on the social media team as a Facebook administrator. She continues to work on the social media team and is a strong GR supporter and advocate. She is spreading the word about GR to anyone in Edmonton willing to listen and she epitomizes that when there’s passion, there’s always a way! We are so lucky to have Bev as part of the GR family.