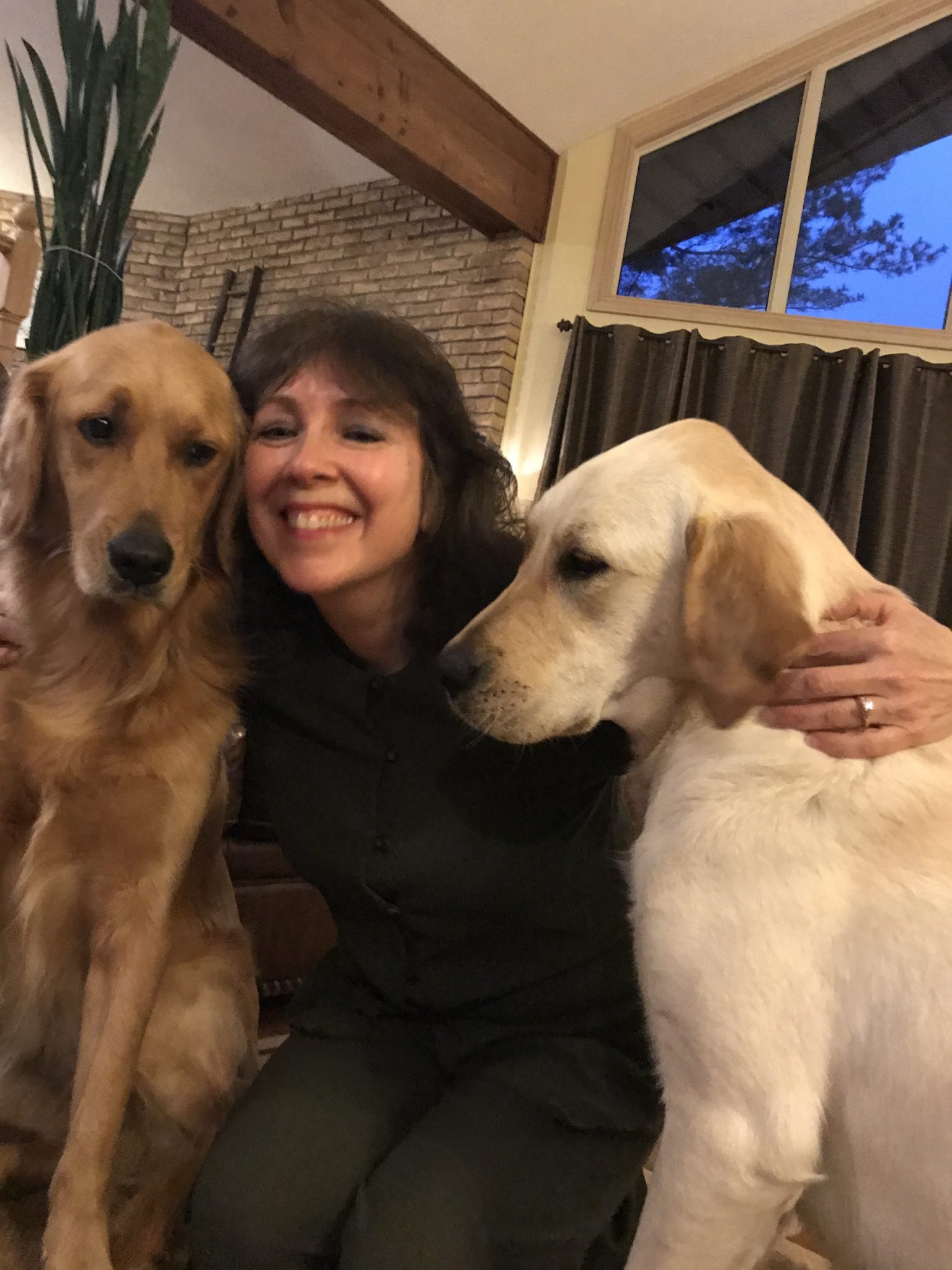 Many years ago, after adopting a second Golden from Golden Rescue, Dale began volunteering at Golden Rescue booths at various community events. This led to more involvement with Golden Rescue through the years. Currently Dale, along with support from her husband Richard, volunteers in three areas of Golden Rescue ~ as a member of the Intake Team, as the Vet Record Transfer Coordinator, and assisting with yearly follow-up calls to adoptive families.

Richard’s support and involvement is vital to Dale’s successful volunteer efforts as many hours of dedication are devoted to Golden Rescue. Richard is a true GR partner with Dale. On Intakes, Dale facilitates the surrender of Goldens in need of rehoming. As Vet Record Transfer Coordinator, Dale ensures new adoptive owners’ vet clinics receive vet records from our Golden Rescue supporting vets.  The third volunteer role Dale looks forward to occurs once a year ~ reaching out to connect with adoptive families. Dale and Richard share their lives with two-year-old Daisy # 2118 and one-year-old Hazel, a Lab-Golden cross adopted as a career-change dog from DogGuides.

GR is SO fortunate to have this passionate couple in our corner. Thank you so much ~ you’re pure GOLD!