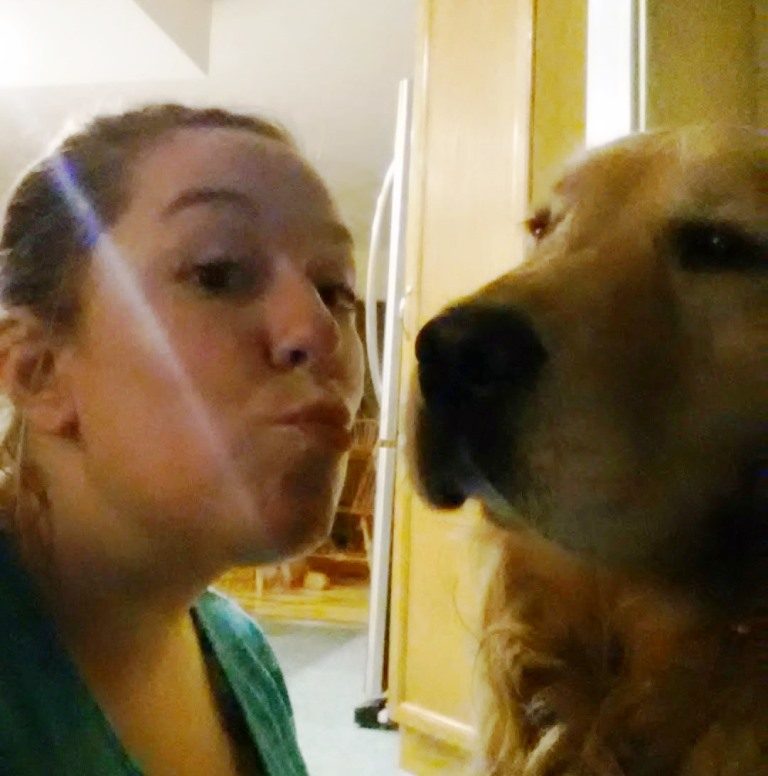 Erin heard about Golden Rescue from a friend. She loves her family’s Golden, Buster, so she decided to see if there was something she could do to help other Goldens. Her first foray into volunteering was during an LCBO Tag Day. After that, she attended the GR picnic where she met board member Candace Weel. Candace recruited Erin to help the events team and she initially set up a Pet Valu appreciation day and continued her involvement with LCBO Tag Days. She was so amazing at organizing Tag Days and leading the team that she became the team lead and she is doing an amazing job.

This year, Erin organized over 30 LCBO Tag Days and she’s shooting for 42 in 2017. Erin says she loves working with GR because it is such a worthwhile cause and she believes in what we do and everything we stand for. Erin’s employer, Enterprise, has a grant program where employees can apply for a $1,000 grant donated to their favourite charity. Erin has been successful with her application and GR has received this generous donation for the last two years thanks to Erin.

Erin, thank you so much for all that you do ~ you are a Golden treasure!