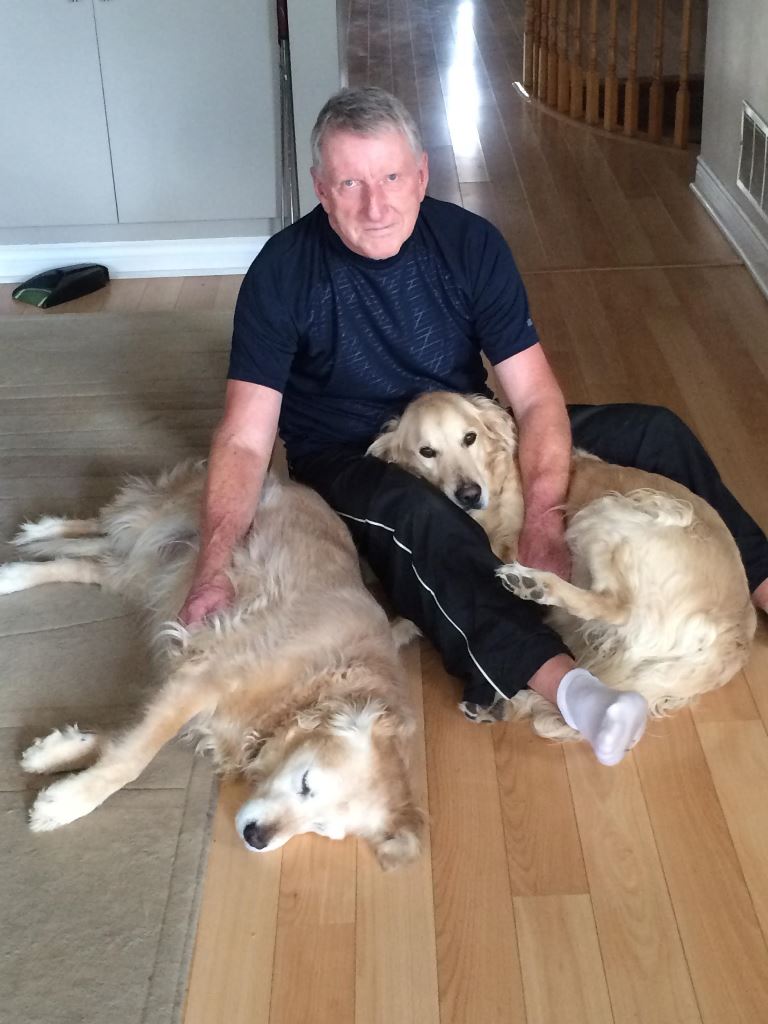 John is a GR adopter and a Wishbone Lottery superstar. When he was asked if he would help by selling some tickets, he was reluctant to ask friends for money until he thought about his two rescues, Scarlett #1836 and Hughie #2047, and realized what a good cause this was. So armed with his passion, John utilized his extensive email database and was flabbergasted when the money started rolling in from his friends, who were obviously dog lovers as well.

Two years in a row he has sold over $6,500 of tickets, an absolute halcyon feat. John is also a real wit. After not having any winners he remarked, ”I’m feeling like a fugitive from the law of averages”. But he followed that up with saying that Goldens were the real winners in the lottery.

John, thank you so much for your tenaciousness…you are a winner in our books!