The Golden Life of Pal 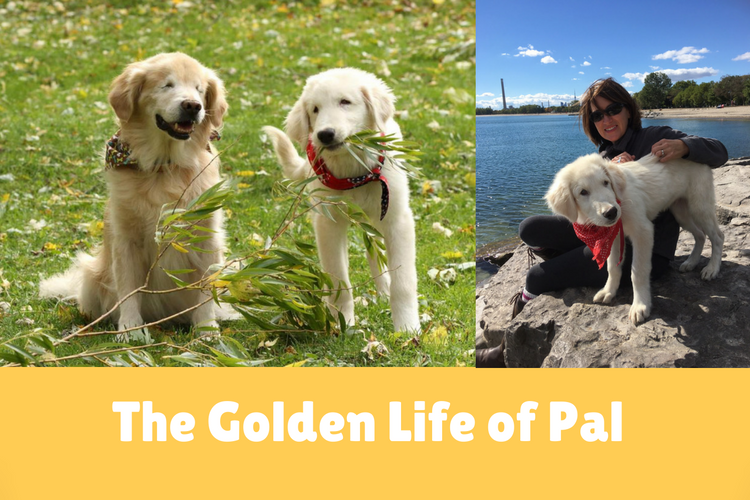 He lives in a world of darkness.  He is not familiar with the people around him, the language they speak, the smells from his new home or the touch of those who care for him.  He is a baby and he is blind.  Every day is a learning experience that is not always easy, not always successful, filled with uncertainty and doubt.  This is the story of Pal ~ a four-month old Golden Retriever puppy born into the most unfortunate of circumstances that most likely would have ended his short life had it not been for Golden Rescue and the love of his new, nothing-short-of-amazing, forever family.

He arrived in Golden Rescue’s care alone, in a crate, after a 12-hour journey to escape a world where he was at risk of succumbing to the harsh conditions that street dogs face every day.  It’s a cruel place for even the strongest dog, much less a sightless Golden puppy.  When the call came, we knew we wanted to ~ had to ~ rescue him.  And for all of us who have followed his story, there is a lot to learn from this little boy about perseverance, optimism, endurance and hope.

He howled when he was released from his travelling crate ~  trying to make sense of where he was, who we were, what was happening, and where he was going.  And as we gently guided him to a water bowl, he understood clearly that it was time to drink, but then what?  Now what? 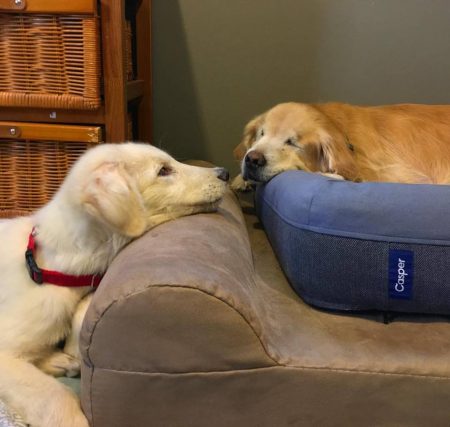 Under any other circumstances, Pal’s needs may have proved challenging  for the placement volunteers at Golden Rescue, but it turns out that miracles really do happen.  And that miracle was called Smiley ~ the famous 13-year-old Golden whose story has touched millions of people worldwide.  Smiley was born blind and had to overcome a rough start in a puppy mill where he was neglected and bullied by other dogs before being rescued.  His journey to recovery and healing was long and arduous and so too will Pal experience the challenges of living in a sightless world.  But now he has Smiley ~ a trusted guide, a mentor and a golden soul mate who has already shown him how beautiful life can be in a home filled with kindness, patience and love.  They are survivors, Smiley and Pal, who have left their unthinkable past behind.  There is no more cruelty, no more hunger, no more isolation, no more living in fear.  They are family.

Thank you Joanne, Darrin, Shepherd, Pip and sweet Smiley for bringing light to Pal’s world and giving him a charmed and golden life. 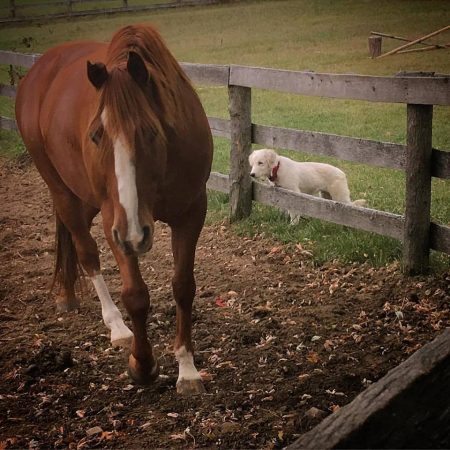 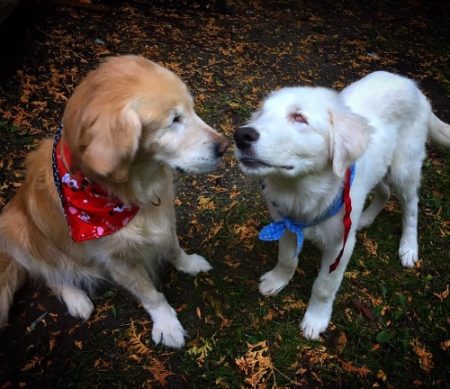 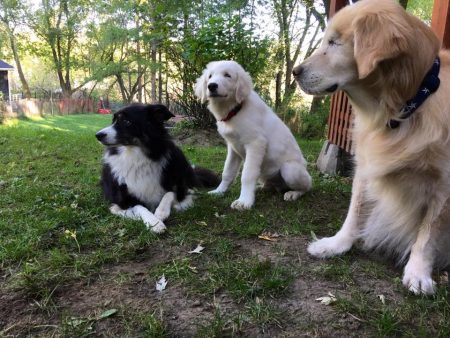 Unfortunately, rescue never ends. There are too many Goldens in desperate need of help.
Please donate now to give a Golden a second chance at a better life.