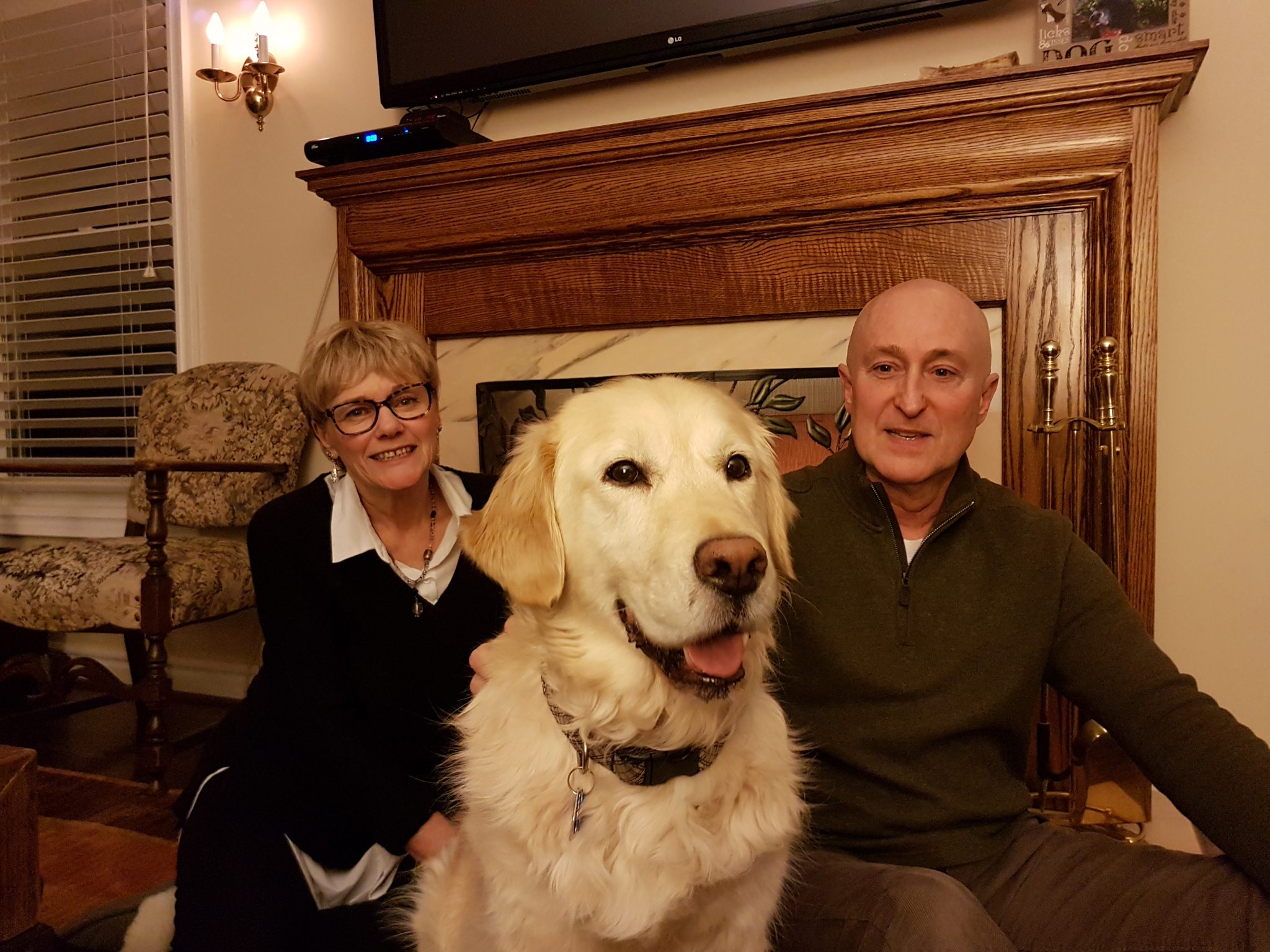 Betty-Ann and Mike’s love affair with Goldens goes back to 1991 when they did a lot of research to find the perfect dog for their family.  They decided on a Wheaten Terrier and went to the dog show to find out more about their chosen breed.  As they entered the show, the first booth they saw was a booth for Golden Retrievers.  As they say, the rest is history.  Between 1991 and 2015,  they had a family of four Goldens, all who crossed the Rainbow Bridge and three tragically died al around the same time.  Betty-Ann was so heartbroken she said, “no more dogs, it’s too painful”.   Luckily Mike persisted and in March 2015, Poseidon #2313 (now Max) unceremoniously entered their life from Istanbul.  Betty-Ann and Mike were at the airport waiting to get a little two-year-old girl but when they saw a woman struggling with big Poseidon, they did a very kind thing~they switched…with GR’s permission of course.  This was a magnificent gesture as Poseidon (now Max) was big, dirty and smelly with hotspots and bites all over his overweight body.  You can watch Max’s video story and transformation on Golden Rescue’s Facebook page. Instinctively, Betty-Ann and Mike knew Max was a special boy and they were right.  Max has healed and come around so much he is currently being considered as a St. John’s Ambulance dog.  Betty-Ann and Mike, along with Max, help Golden Rescue in many ways.  They have volunteered at a number of events and Betty-Ann has been instrumental in getting the LCBO Coin Box Program up and running.  They helped organize the 2017 Picnic Photo Contest.  For Betty-Ann’s 60th birthday, they raised $1,700 for Golden Rescue in lieu of gifts.  The ‘Gift of Rescue’ program, Betty-Ann’s brainchild, has started to gather steam.  Mike is currently working on our Second Chance Stories, which is a monumental job and involves going through over 500 emails.  Max is certainly a very lucky boy as is Golden Rescue to have met this fantastic couple.