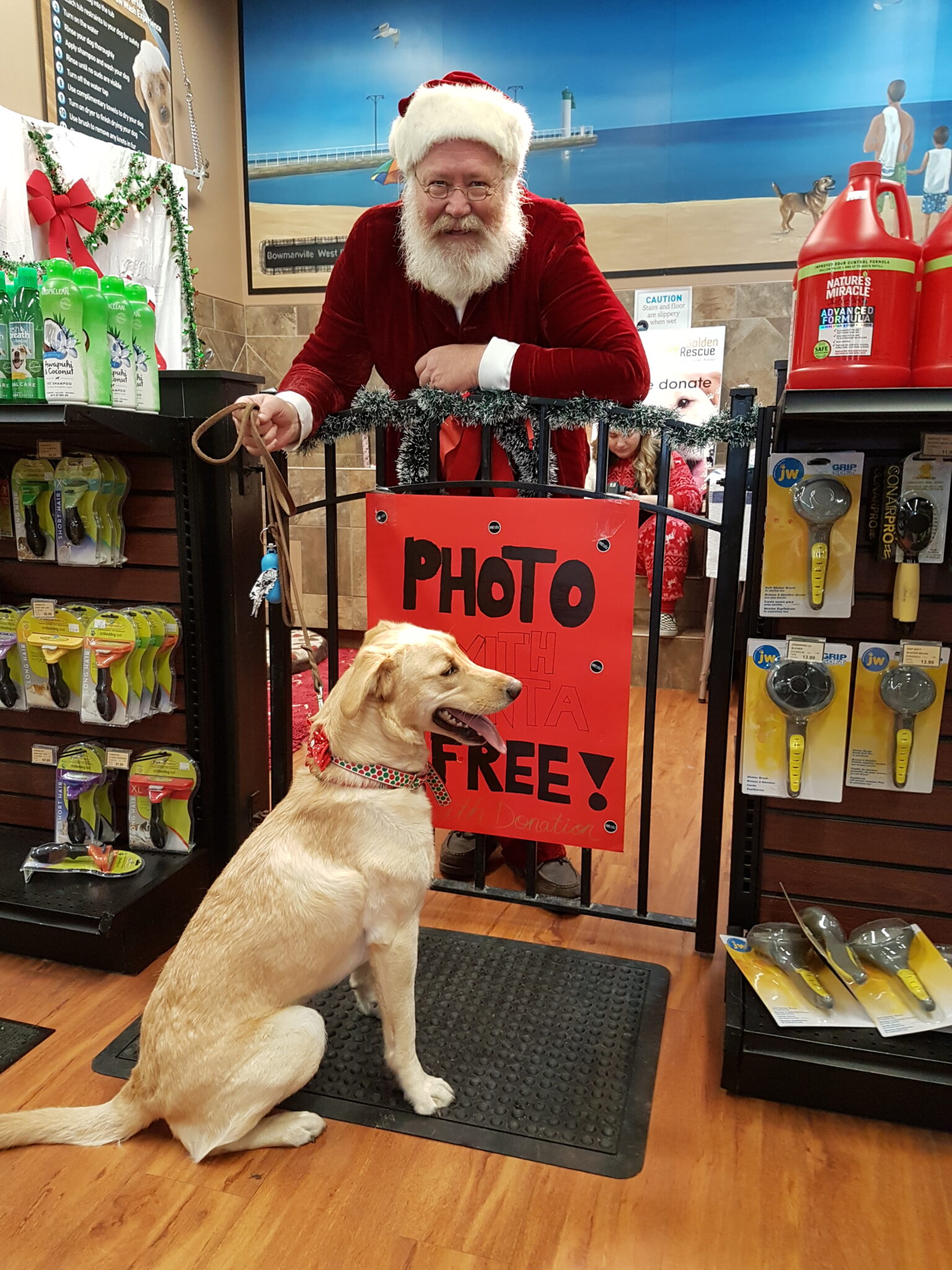 Grant, along with his wife Kim and son Brett, are GR superstars. From the first skinny, stinky, dirty Golden they fostered, they have become GR’s special needs fosters. Henry, their first, had so many issues he became a forever foster giving the family unique skills in dealing with Goldens who have had ongoing health issues. Funnily enough, Henry did not know his name until one day Brett remarked that they’ll be ‘Lucky’ to ever find this boy’s real name and all of a sudden Henry’s ears perked up and he came running. So, Henry #1772 became Lucky ~ in more way than one. After their beloved Stella crossed the Rainbow Bridge, the family adopted Jewel #2396 from Istanbul. She was a small, nervous, shy girl when she first arrived but has blossomed in leaps and bounds to the point that she is a GR ambassador at a number of events. Grant has helped Golden Rescue in a million ways, including being part of the JFK armada to rescue the first ‘Mission of Love’ Goldens from Istanbul. Besides fostering, transporting, doing home visits, volunteering at events, airport pick-ups, and dog wash events, this busy volunteer has even become our official Santa Paws and he sure looks like the real-deal. Grant, you and your family are true Golden Rescue Super Heroes and we can’t thank you enough!